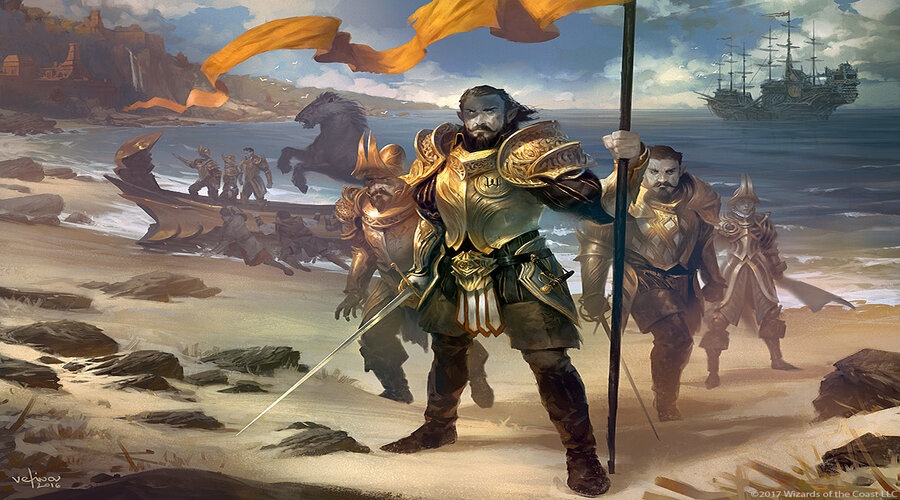 For the first time in three years, the Standard format in Magic: The Gathering won’t contain a double-faced card.

When asked by a member of the MTG community on Tumblr if Throne of Eldraine (ToE) would contain a double-face card. Mark Rosewater simply answered no. On Oct. 4, fall rotation takes place in Standard, and with it, rotates out the last of the double-faced cards.

First introduced in 2011 within the Innistrad block, double-faced cards sometimes have a legendary creature featured on one side and a planeswalker on the other. But not all, as was seen during the Ixalan sets. Once considered a revolutionary concept within MTG, the communities influence may have persuaded the design team to leave double-faced cards out of ToE.

Rosewater recently said in his State of Design article the MTG community felt there were too many Mythic and Rare bombs in Standard following the release of War of the Spark. Considering WotS will survive the upcoming fall rotation, the design team is likely putting double-face cards on the back-burner.

Related: Rosewater may have accidentally leaked an MTG card name from Throne of Eldraine

Some of the more notable double-faced cards rotating out in the coming weeks include Nicol Bolas, the Ravager, Legion’s Landing, Search for Azcanta, and Treasure Map. While many of these cards will be missed in top-tier decks, not replacing them could provide a better-balanced metagame post-rotation.

Set to release on Oct. 4 is the newest MTG set for the Standard format, Throne of Eldraine. At the same time, the fall rotation will also occur. Sets being removed from Standard include Ixalan, Rivals of Ixalan, Dominaria, and Core Set 2019.