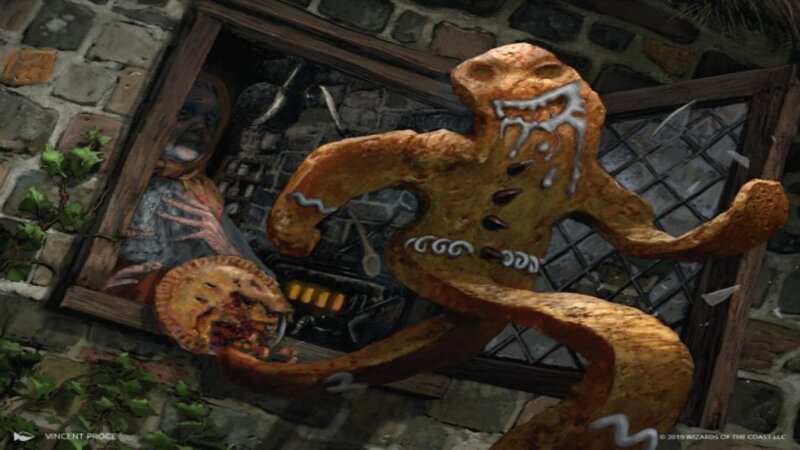 With Throne of Eldraine’s spoiler season quickly approaching, the Magic: The Gathering fan base has been hounding MTG head designer Mark Rosewater for information. And this may have accidentally led to the leak of a card name today—Gingerbrute.

The MTG community is eagerly awaiting details about the Throne of Eldraine (ToE) set, which will be released on Oct. 4. With a fairy tale theme, Rosewater and the design team released several images during Gen Con but didn’t give any names—until now.

A fan on Tumblr asked why squirrels are silly but a gingerbread golem isn’t. Rosewater then dropped the gingerbread’s name while saying the MTG creative team is embracing a lighter tone.

“I’ve pointed out the inconsistency,” Rosewater said in his response on Tumblr. “Gingerbrute should be seen as a good thing though as it means the creative team is embracing sone sillier stuff.”

It’s still unknown if the creature’s name is actually Gingerbrute since Rosewater and the MTG design team enjoy using code names for everything. After all, Throne of Eldraine was at one time called “Archer.”

The name given by Rosewater matches the creature so well, however, which indicates that it’s likely an actual name. Plus, we now know that Gingerbrute is a creature and not an enchantment or artwork that didn’t make the final cut.

Related: When to expect MTG Throne of Eldraine spoilers

Releasing at the same time as the fall rotation, Throne of Eldraine boosters and box sets will become available on Oct. 4. Pre-release for ToE will be Sept. 27 to 28 and access for the set via MTG Arena and Magic Online will likely happen in the last week of September.