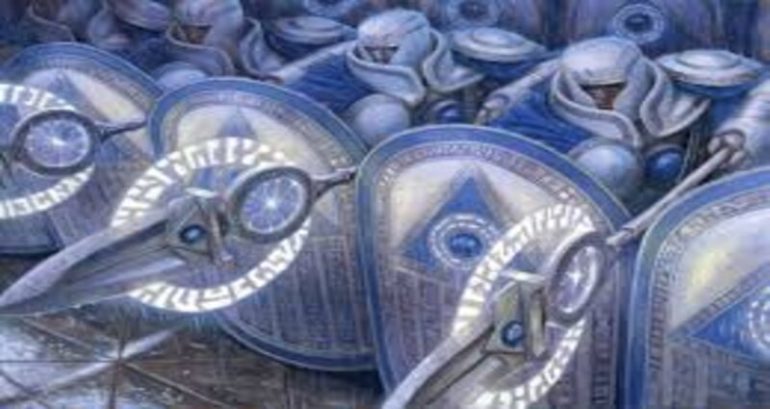 The mechanic Devotion plays a major role in the upcoming Theros: Beyond Death (THB) set, releasing on Jan. 24. Reverent Hoplite relies upon a Devotion to White, resulting in that many 1/1 creature tokens created when it enters the battlefield.

Going wide in White isn’t a new concept, and using Devotion to accomplish it is a call back to Evangel of Heliod from the Theros expansion.  Except Reverent Hoplite costs one less White mana to cast. It’s expensive for Standard Constructed but an ideal Uncommon pick in Limited Draft.

But don’t count Reverent Hoplite out of Standard simply because of its casting cost. With a pump from Unbreakable Formation or Ajani, the Greathearted, an opponent could be staring down a lethal attack. And as Seth Manfield mentioned in his preview of Reverent Hoplite, it has combo potential with Daxos, Blessed by the Sun and Heliod, Sun Crowned.

White Weenie decks are aggressive, utilizing low-cost creatures with go-wide strategies. Reverent Hoplite overcomes its high mana cost through the number of tokens it can create based on Devotion. And ramp is now available in Mono-White thanks to the THB spoiler, Birth of Meletis.

It won’t see much play outside of a Mono-White Standard Constructed deck, but at it’s worse, Reverent Hoplite is still sideboard worthy. And in Limited Draft, it’s a solid pick that can be used as a finisher.

Test out Reverent Hoplite in the Theros: Beyond Death prerelease, Jan. 17 to 19. The official release of THB is on Jan. 24.