Ramp in White has returned. 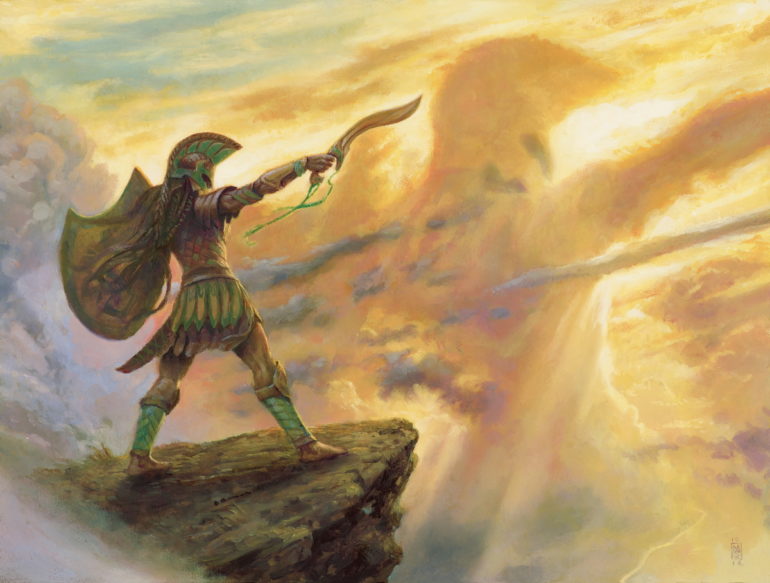 A White saga in Theros: Beyond Death was revealed late yesterday, providing ramp support and defense against Aggro.

Support in White has been weak, but changes are coming with the Theros: Beyond Death (THB) set. Birth of Meletis isn’t a broken saga and it doesn’t increase power levels. But it does provide ramp in White, which hasn’t been seen since Flower//Flourish, and protection.

Here is an English translation of Birth of Meletis:

There is an alternate translation circling the internet that says “basic land,” instead of “basic Plains.” At this time it seems “Basic Plains” is the proper translation.

In addition to mana ramp, Birth of Meletis also creates a 0/4 artifact creature token wall on step two of the saga, providing necessary defense against Aggro builds. And the third step has lifegain, although only a small amount. It’s possible step three was designed to benefit a lifegain deck. But as of now, there are better options already available in the two-drop spot.

The ramp and artifact wall are the most important steps in Birth of Meletis, especially in a Control or Enchantment heavy Midrange build. It will see play in Constructed and in THB Draft it might be a solid fourth to fifth pick as well.