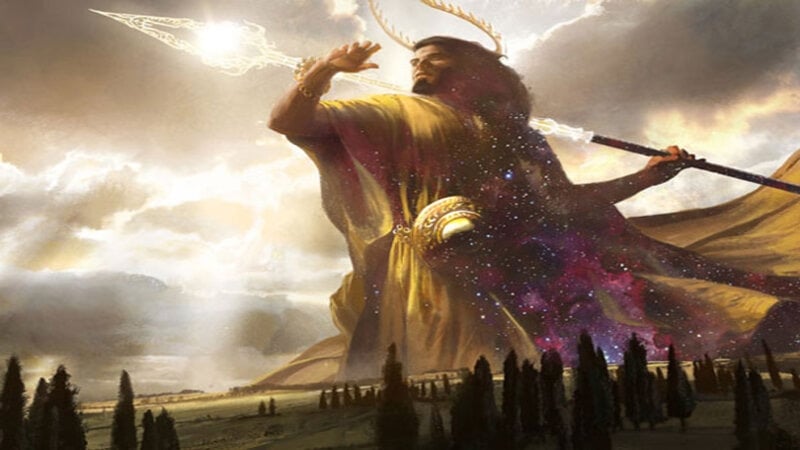 White has recently been underappreciated in Magic: The Gathering. But it does have a lifegain tribal theme that just got stronger with the addition of Heliod, Sun-Crowned.

The long wait for Heliod’s return in Theros: Beyond Death (THB) has come to an end. While it might be anticlimactic for some Magic players, Heliod, Sun-Crowned is an average God who’s designed to improve Mono-White lifegain tribal decks.

Heliod powers up any White creature or enchantment with a +1/+1 counter every time life is gained. It’s hardly an overpowering stat but it has the potential to do some damage. Like the other THB Gods, he remains an enchantment unless the controller has a Devotion of five or greater.

Obtaining Devotion in White isn’t too hard with cards like Linden, the Steadfast Queen and Gideon Blackblade, who both synergize nicely with Heliod, Sun-Crowned. And of course, there’s Ajani Pridemate, Healers Hawk, Impassioned Orator, and Ajani, Strength of the Pride.

Heliod also synergizes well with Daxos, Blessed by the Sun from THB and Grasping Giant. Take lifegain to a new level of play when Theros: Beyond Death releases on Jan. 16 via digital formats. The official release date of THB is Jan. 24.