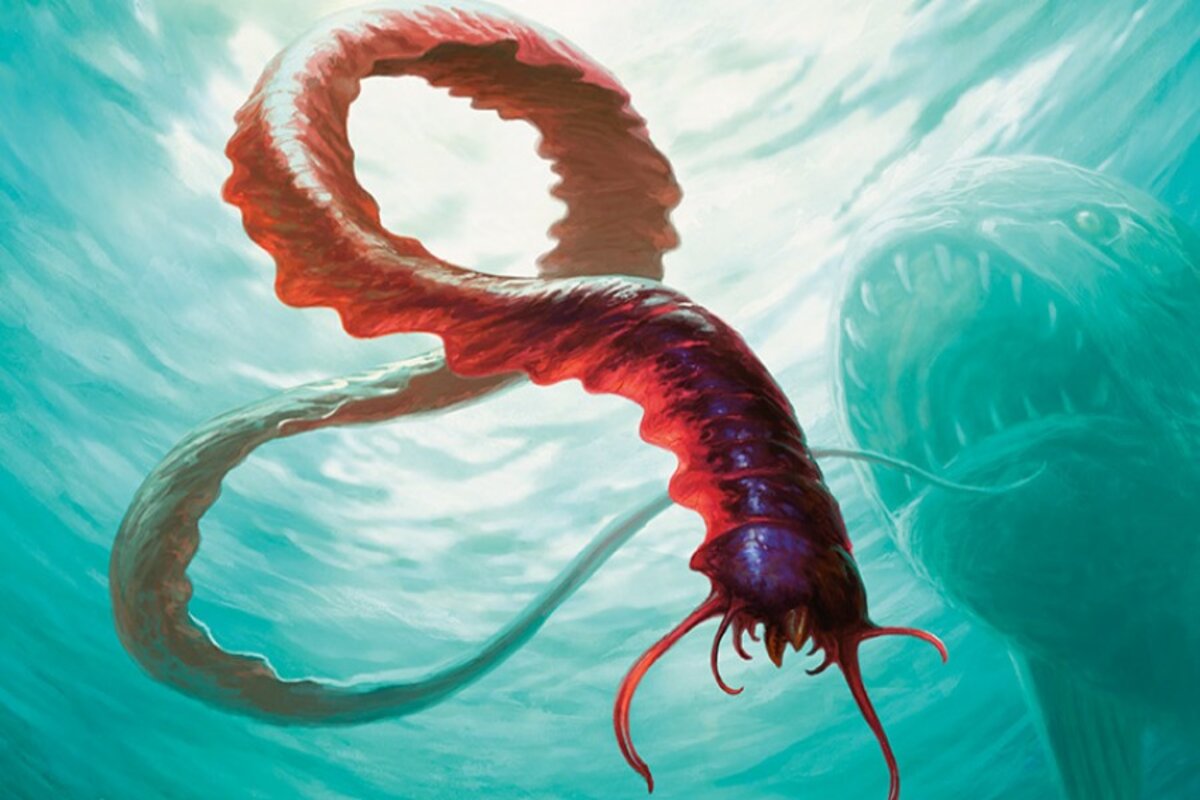 A Worm, not a Wurm, was revealed today by Wizards of the Coast during the first official day of Dungeons & Dragons: Adventures in the Forgotten Realms spoilers.

There are a total of eight Worm card types that are legal within MTG, not including today’s reveal of Purple Worm in the upcoming Dungeons & Dragons: Adventures in the Forgotten Realms (AFR) set. The addition of Purple Worm makes it the largest Worm in Magic and potentially a powerful creature card to play within the Limited format.

Purple Worm can enter the battlefield as early as turn five thanks to its passive ability, giving it the potential to become a feared card in Sealed and Limited games. The Worm can block an opponent’s high-powered creature’s attack and likely survive, and a combat trick with Trample or Haste could set up for a lethal attack.

Card-type names like Worm and Wurm have brought about confusion before in Magic, according to head game designer Mark Rosewater. A Wurm is a wingless dragon while a Worm is nothing more than a giant worm.

Related: Here’s every MTG Adventures in the Forgotten Realms spoiler from preview stream

Purple Worm is big, can potentially drop on turn five, and has protection from an opponent’s spells and abilities with Ward. It’s not a perfect bomb finisher in Limited but the Worm will likely win enough games to be a solid choice when crafting decks.

Players can test out Purple Worm when AFR launches digitally on July 8 via Magic Online and MTG Arena. The global tabletop release is scheduled to take place on July 23.