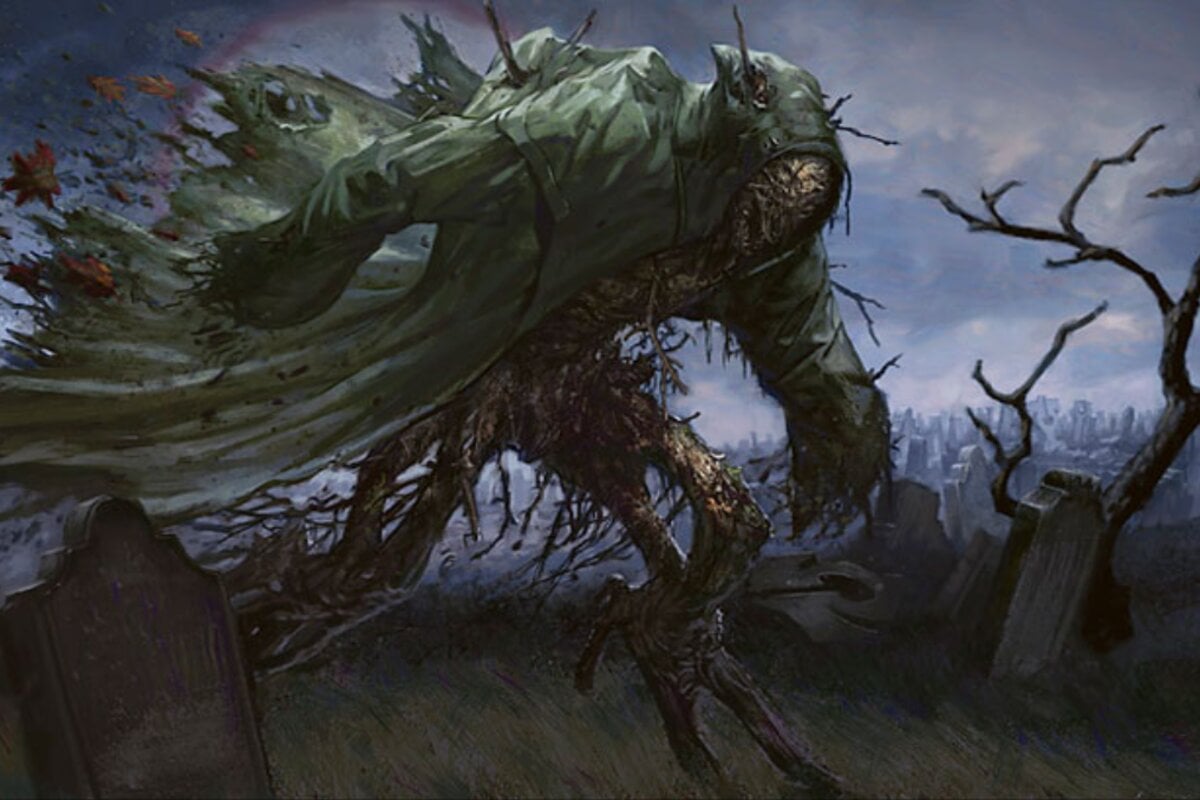 Zombies are no longer just a Limited archetype or “for fun” deck to play in Magic: The Gathering Standard with the reveal of Necroduality in today’s Innistrad: Crimson Vow spoilers.

The reveal of Geralf, Visionary Stitcher boosted zombies by giving them Flying while also creating zombie token copies without Decay upon sacrificing a nontoken creature. Today’s Innistrad: Crimson Vow (VOW) spoiler via IGN takes zombie duplication to another level with Necroduality, an Enchantment that creates a duplicate copy of a nontoken zombie when it enters the battlefield.

Nontoken legendary zombies won’t work with Necroduality since a legendary creature can’t have a legendary copy of itself on the battlefield. But the Blue Enchantment does work with changeling creatures. Splashing Green into Dimir builds became easier thanks to Rare dual lands within VOW and there’s always Maskwood Nexus that can turn creatures you control into every creature type.

Necrodualtiy also synergizes with the returning mechanic in VOW, Exploit. The Enchantment can help rebuild a board state presence after a wipe while also providing additional triggers to your own Meathook Massacre board wipe.

Necrodualtiy will enter Standard with the digital release of VOW on Nov. 11. The global launch for Magic’s upcoming set will take place on Nov. 19.