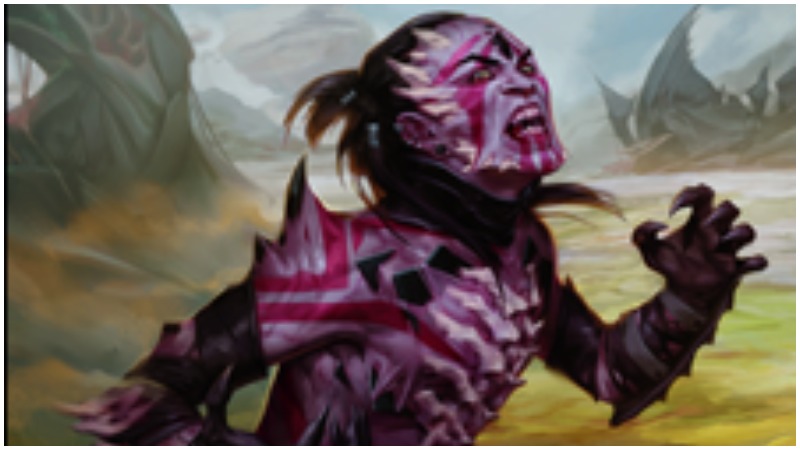 Graveyard hate with a Vampire is “real” with the new Magic: The Gathering Commander 2019 reveal, elevating Sultai builds to a whole new level of play.

This past weekend, the MTG community was on fire with Gen Con Commander 2019 spoilers dropping like hotcakes. But with the convention coming to a close, it’s time for the individual reveals to launch. Magic Europe on Twitter kicked things off with a bang. For the first time, a Vampire is in Green with the reveal of Rayami, First of the Fallen.

Rayami, First of the Fallen

Providing graveyard hate in Sultai while putting the brakes on your opponent’s similar gameplan, Rayami, First of the Fallen gains keywords off of non-token creatures who die.

Upon first glance, it seems unlikely that a five/four can win on its own. Commander, however, is a multiplayer game. Build a deck with good cards full of powerful keywords while taking advantage of your opponent’s cards and Rayami is a decent commander.

Creatures to build around Rayami, First of the Fallen

The keyword that Rayami, First of the Fallen needs to become slightly broken is Protection. Deathtouch, Reach, and Indestructible are all nice, but protection from the other color pie slices paves a path to victory.

MTG Commander 2019 is set to be released on Aug. 23, along with four preconstructed decks using mechanics in Magic.