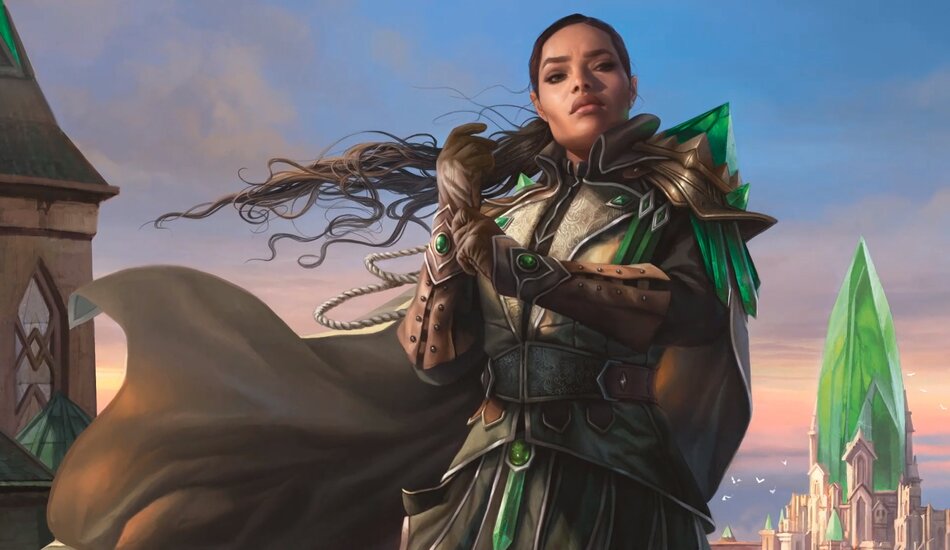 Wizards of the Coast dropped the new Ikoria: Lair of Behemoths trailer today featuring Vivien, but she isn’t the only Magic: The Gathering planeswalker within the set.

Set to release digitally on April 16, IKO takes Magic players to a whole new plane called Ikoria, in which monsters and humans are at odds with one another. But there are a select number of individuals who form a spiritual connection with the monsters of Ikoria, not always by choice, like Lukka, Coppercoat Outcast—a new planeswalker within the IKO set.

Lukka, Coppercoat Outcast has a CMC of five (two Red) and a starting loyalty of five. His +1 isn’t much to write home about but his -2 ability opens the door for some janky combos and deck creations. And his ultimate -7 has the potential to end a game instantly, with each creature a player controls dealing damage to an opponent’s face, equal to its power.

The new MTG ebook, releasing on April 7, features Lukka as one of the main characters. He’s a member of the Drannith Defense Force that fights monsters on Ikoria. But Lukka forms a bond with an Ikoria monster called an eludha. These bonds go beyond having a pet, as they are a link that ties human and monster together on a spiritual and mystical level.

Lukka’s bond puts him in a precarious situation as a member of the human military. It doesn’t help that he’s also dating the General’s daughter, Jirina Kudro. Featured in one of the new Commander preconstructed decks releasing with IKO, Jirina creates 1/1 human tokens every time a Commander is cast from the command zone.

Ikoria Commander spoilers are expected to drop April 4 to 5. Regular previews for the upcoming set started today and will run through April 9. The IKO set releases digitally on April 16 while paper card sales have been postponed until May 15.