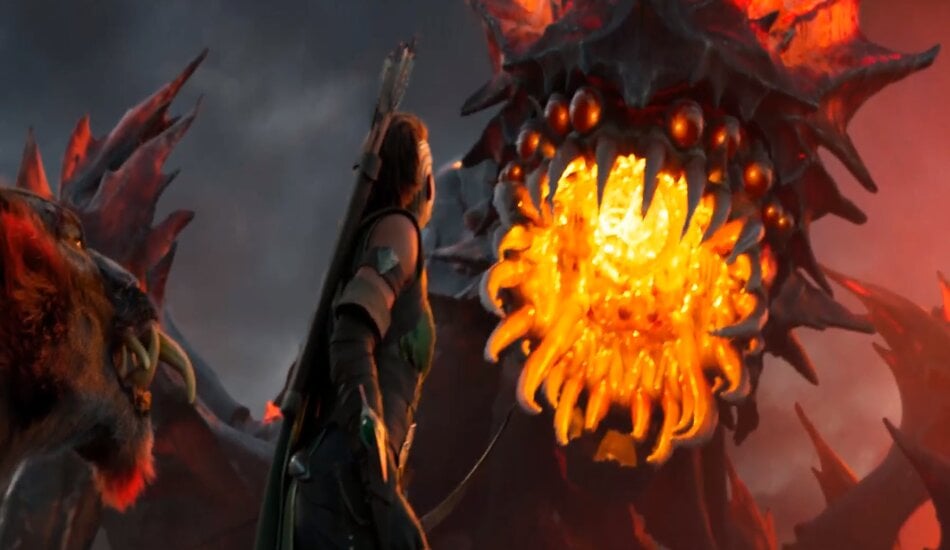 Wizards of the Coast revealed a new Vivien planeswalker card today within the Ikoria: Lair of Behemoths set that uses Ability Counters in Magic: The Gathering to beef up her created creatures.

The new Vivien, Monsters’ Advocate planeswalker in IKO has the potential to shake a variety of archetypes up across multiple Magic formats with her passive and loyalty counter abilities.

With a CMC cost of five and a starting loyalty of three, Vivien has a powerful static ability that allows a player to look and cast creature spells from the top of their library. When combined with mana ramping strategies, players can either flood the battlefield or put into play key creatures.

She also has a +1 ability that creates 3/3 creature Beast tokens while adding a keyword Ability Counter to them. The Ability Counters include either Vigilance, Trample, or Reach. Go-wide builds can capitalize on Trample while Reach can put the brakes on archetypes that use flyers.

Vivien doesn’t have an ultimate but her -2 ability is similar to one. Upon casting a creature onto the battlefield, players can search their library for a creature with a lesser mana cost and put it on the battlefield. Within Sultai and Simic builds, Vivien’s -2 ability opens the door for some cool combos to take place.

There are a total of three planeswalkers within the new IKO set that releases digitally on April 16 via MTGO and MTG Arena. Booster pack sales have been postponed due to the COVID-19 pandemic and are scheduled to release on May 15.