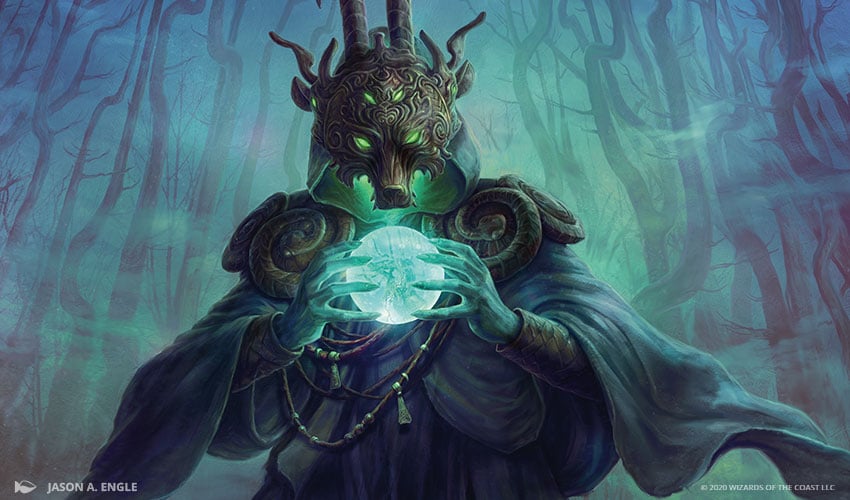 Wizards of the Coast dropped a Christmas Eve Magic: The Gathering spoiler today for the upcoming Kaldheim set, revealing Toski, Bearer of Secrets.

Scheduled to release digitally on Jan. 28 and officially on Feb. 5, Kaldheim (KHM) is a Norse mythology-inspired tribal theme Standard-legal set.  Containing a total of 285 cards, the set includes Elven and Dwarven tribal themes. Also included in KHM is a Legendary squirrel, Toski, Bearer of Secrets, revealed via MTG Twitter today.

There are two versions of Toski, Bearer of Secrets: a Standard version illustrated by Jason Rainville and an alternative art Showcase Viking Legend illustrated by Andy Brase. The Legendary Squirrel is a four-cost Rare with a bite that doesn’t match his size.

Toski, Bearer of Secrets is a powerful card to include in tribal Commander decks, and it has the potential to cause havoc in Standard Limited and Constructed. Despite its weak power and defense stats, equipment cards will combo nicely with it, drawing cards while whittling down an opponent’s life points.

Spoilers for the upcoming Kakdheim set will officially begin on Jan. 7 to 19. Digital release of KHM is on Jan. 28 and tabletop is Feb. 5.