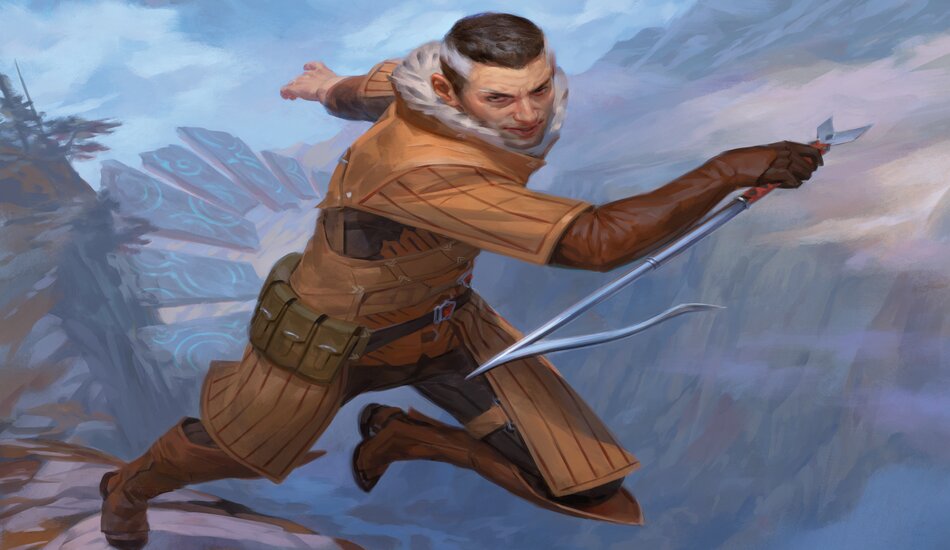 Scheduled to release digitally on April 15, Strixhaven: School of Mages (STX) will contain a total of four Planeswalker cards. Liliana and Kasmina were the first Planeswalkers revealed, followed by Rowan and Will Kenrith as an MDFC Planeswalker. And during the MTG Weekly stream, Mila, Crafty Companion//Lukka, Wayward Bonder was revealed today.

Mila outshines Lukka, earning her place as the frontside of their MDFC. The fox isn’t technically a Companion, despite her having “companion” in her name.

Mila, Crafty Companion stands out via her protection over Planeswalkers, pumping them with a loyalty counter whenever an opponent attacks them. As an added value, she also provides card draw when her controller’s permanents become the target of a spell.

Lukka, Wayward Bonder is an expensive Planeswalker who can draw cards upon one being discarded, while returning a creature from the graveyard until that player’s next upkeep.

Lukka’s ultimate is solid,  but his casting cost puts the Planeswalker behind curve. Getting Lukka out early improves the Planeswalker’s value, which can get accomplished in Standard via cards like Irencrag Feat or Birgi, God of Storytelling.

Players can test out Mila and Lukka when STX releases digitally on April 15. The official launch via tabletop will take place on April 23.