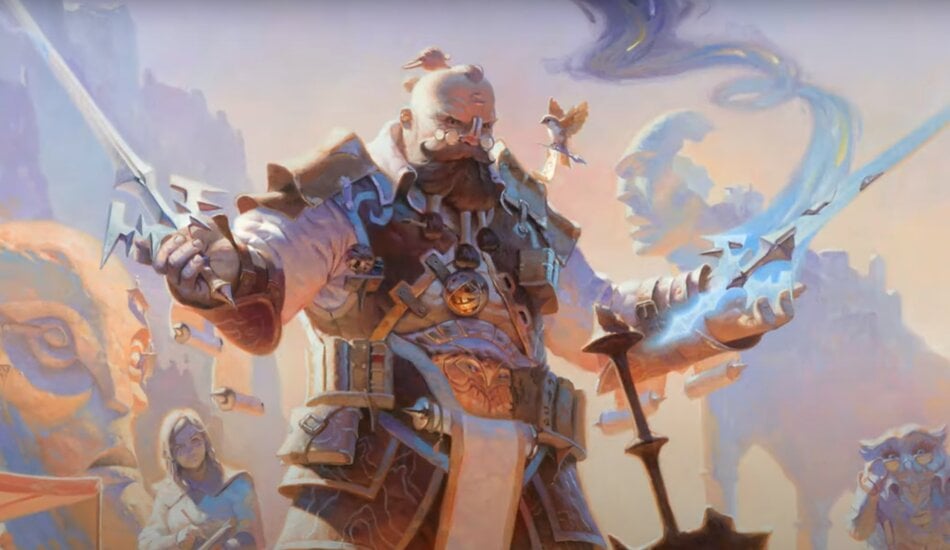 Wizards of the Coast teased two Planeswalkers and Commander face cards from the upcoming Magic: The Gathering Strixhaven: School of Mages set and Commander decks today.

Scheduled to be released digitally on April 15, Strixhaven (STX) will showcase mage life at five colleges on the plane of Arcavios. An official spoiler stream for the upcoming set is scheduled for March 25. The bottom-up designed set will contain the Planeswalkers Liliana and Kasmina, WotC revealed today on Twitter.

Liliana will return to Standard in MTG as a professor at Strixhaven. She also contains a possible new mechanic called Magecraft.

Kasmina is also making an appearance within STX.

There are five colleges at Strixhaven University, each represented by dual enemy colors. Verhey revealed three professors teaching at the colleges of Witherbloom, Lorehold, and Prismari. Each professor is the face of one of the five STX Commander decks.

Verhey also dropped six hints about cards that players will find within the STX Commander decks, like a chef who makes Food tokens and a mono-white card that creates Treasure. Three card names were also revealed: Inferno Project, Bold Plagarist., and Paradox Zone.

The Strixhaven: School of Mages set will launch digitally on April 15 with a tabletop release scheduled for April 23. A preview stream is set to take place on March 25 starting at 11am CT on Twitch.