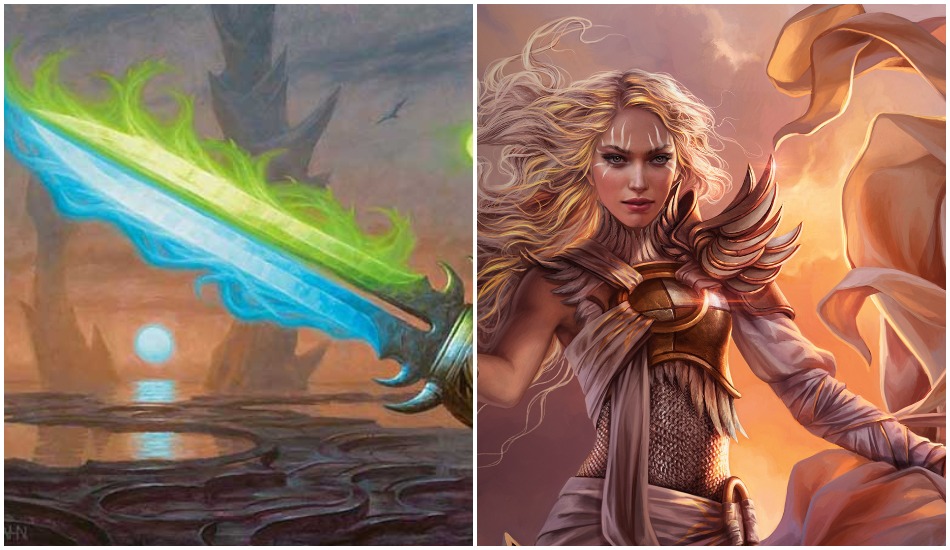 Upon the Sword Cycle reveal in Magic: The Gathering Modern Horizons, questions arose whether the cycle would be completed. But according to head MTG designer Mark Rosewater, fans will have to wait.

Wizards of the Coast is attempting to spice up formats outside of Standard with Modern Horizons, a set containing 239 reprints (of cards no longer legal in various formats) and new cards. In the new category, there are two artifact equipment cards in the Ally Sword Cycle.

Fans will have to patiently wait for the completion of the cycle, though, according to Rosewater on Tumbler.

“No,” Rosewater said. “The cycle starts in Modern Horizons, but doesn’t end.”

It’s possible that Modern Horizons could have one more mythic rare Sword artifact equipment in it, but players won’t likely see the others until 2020. Part of the reason behind Rosewater’s decision is financial, but there’s logic in not completing the cycle, too.

Releasing all of the Ally Sword Cycle cards would take up too many mythic rare spots for the set. And with Modern Horizons drafts being played at local game stores, too many Sword equipment artifact cards would cause the drafts to be lopsided and possibly broken.

Magic: The Gathering’s Modern Horizons set is officially releasing on June 13. But it’ll be available for play through Magic Online on June 6 and Wizards of the Coast Play Network (WPN) game stores are having a pre-release on June 8 and 9.