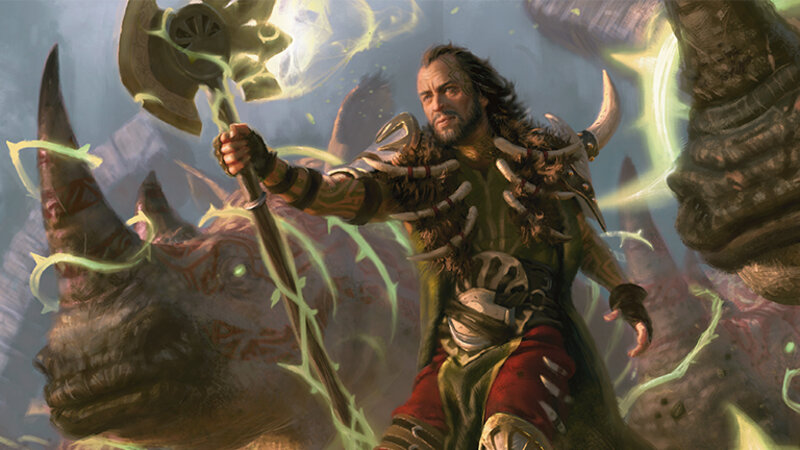 August is officially MTG Commander month and with the release of C19 tomorrow, all things Commander are taking over the Las Vegas MagicFest this weekend.

Featuring the Modern Constructed and Draft Seal Grand Prix, MagicFest Las Vegas is getting overrun with Commanders. Coverage of the Grand Prix (Modern format) begins Friday morning (around 7am to 8am CT) via the ChannelFireball Twitch channel. MTG gurus who are casting the event include Marshall Sutcliffe, Huey Jensen, Luis Scott-Vargas, Riley Knight, Ben Stark, and Maria Bartholdi on the floor.

The story this weekend isn’t Modern, however. WotC is kicking off the largest Commander event in the history of Magic. During MagicFest Las Vegas, there will be four days of Commander events, a Q&A with Gavin Verhey, promos, door prizes, and even a meet and greet with special guests.

From a Commander 2019 party to a four-day pass of nothing but events in the Commander format, WotC isn’t holding anything back.

In total, there are 20 Commander events taking place this weekend at Las Vegas MagicFest, not including the meet and greets or the party. Some of the side events (Commander 2019) will be covered throughout the weekend on the CFB Twitch stream.