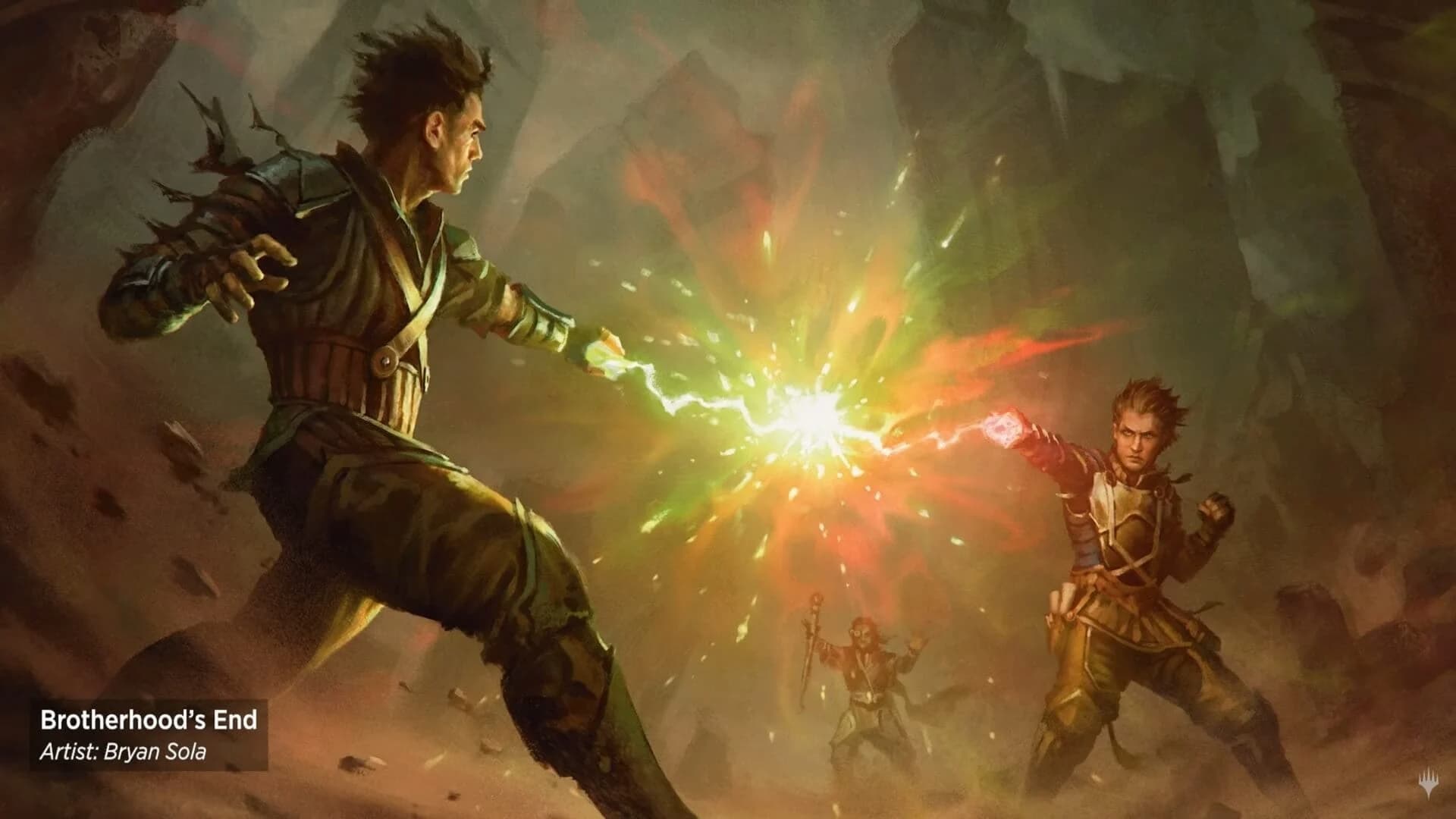 Wizards of the Coast has potentially created one of the best Magic: The Gathering board wipes of all time through Brotherhood’s End, a Mono-Red wrath with two options in The Brothers’ War set.

Board wipes, or wraths, play a major role within an MTG set. The recently banned The Meathook Massacre before Magic Worlds was a perfect example of how powerful a board wipe can be. Revealed today by Mark Rosewater on the WotC website, was potentially the next most-powerful board wipe in Standard: Brotherhood’s End. 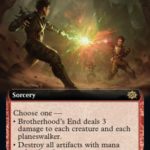 The Red wrath details the start of The Brothers’ War, with the death of Urza and Mishra’s mentor, Tocasia. Having two options is what sets the board wipe apart from others, along with its low casting cost.

Hitting all Artifacts with a mana value of three or less will prevent some tribal Artifact decks from overtaking the board. And it’s a solid sideboard wrath to have when needed. But what players will really want from Brotherhood’s End is the first ability.

Dealing three damage to each creature and planeswalker is powerful, especially the planeswalker part. Most planeswalkers start with a loyalty count between three and five, allowing Brotherhood’s End to take it out of commission, along with multiple creatures/tokens as well.

Players can test out Brotherhood’s End during prerelease events that start on Nov. 11. A digital release of The Brothers’ War will take place on Nov. 15. And a global launch is scheduled for Nov. 18.