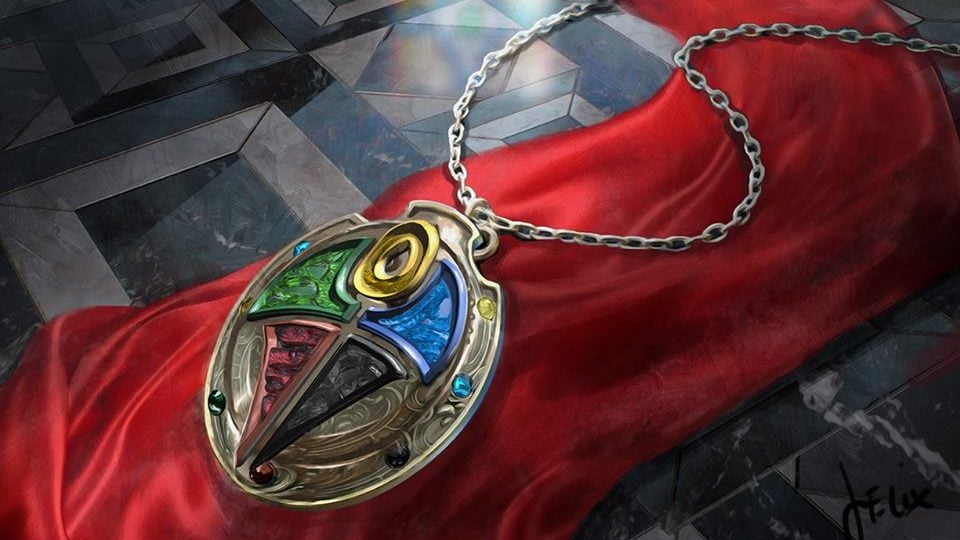 Magic: the Gathering is arguably one of the most complicated games in the world, so we decided to break down some of the basic concepts to help your game out!

The primary goal of white, according to current head designer for MTG Mark Rosewater, is to find peace. Thematically, this means imposing order, destroying chaos, and finding a way for many things to work together. Cards that are white tend to lean more towards synergy and removal.

Game mechanics found on white cards therefore generally head in one of two directions. Firstly, white can go the removal route, with iconic cards like Cleansing Nova and Pacifism. Alternatively, they can be aggressive and focused on taking down an opponent, whether that’s in the air with flyers or on the ground using lots of little attackers as in Raise the Alarm.

Blue, per Rosewater, is all about seeking perfection. Blue approaches any problem with a calculated response: identify the issue, gather information, explore options, and apply the solution. The ultimate goal for any blue deck is to create an unwinnable game state for its opponent.

Mechanics that get blue there follow the same formula. Cards like Ponder help gather information. Then, stall out the game by countering all their spells while you set up an infinite combo finish with a card like Omniscience.

Power and self-importance are what get black going. Be selfish, and don’t let pesky things like rules and morality get in your way. The ends justify the means—at least as long as you win.

Is it any wonder then that creatures closely affiliated with black include zombies and demons? Mechanics found on black cards include some of the strongest removal like Doom Blade, or cards where you’ll happily trade your own life for an in-game advantage. Some black cards even go so far as to break some of the very core rules of the game, like Lich’s Mastery here.

Living red means following your instincts and being free to express yourself. Red is defined by passion, spontaneity, and fierce relationships. To win, red decks follow an unwavering game plan that often involves using brute force.

Sometimes, that plan is to blow up the enemy with Lightning Bolts, or to attack with badass dragons. Other times, red likes to cause mayhem with cards like Warp World.

As a note, Magic‘s designers have struggled over the years to find a fair way to give red players card advantage. Recently, they seem to have found their answer: “impulse” draws. First explored in 2015 with Act on Impulse, red now has powerful spells like Light Up the Stage that let it literally burn through its deck.

Last but not least, green decks are all about acceptance of the natural world. Be grounded in reality, and use the forces of nature to find harmony. This tie to nature means that green decks use creatures and land cards most frequently, and often to win the game through combat.

The biggest creatures in each set, like Ghalta, Primal Hunger, are often green. Of course, green also needs an early game, often filled by mana-generating creatures like Llanowar Elves. Cards that play well with lands like Gift of Paradise are almost always green, as well as cards like Scapeshift that can be used as powerful combo pieces involving lands.