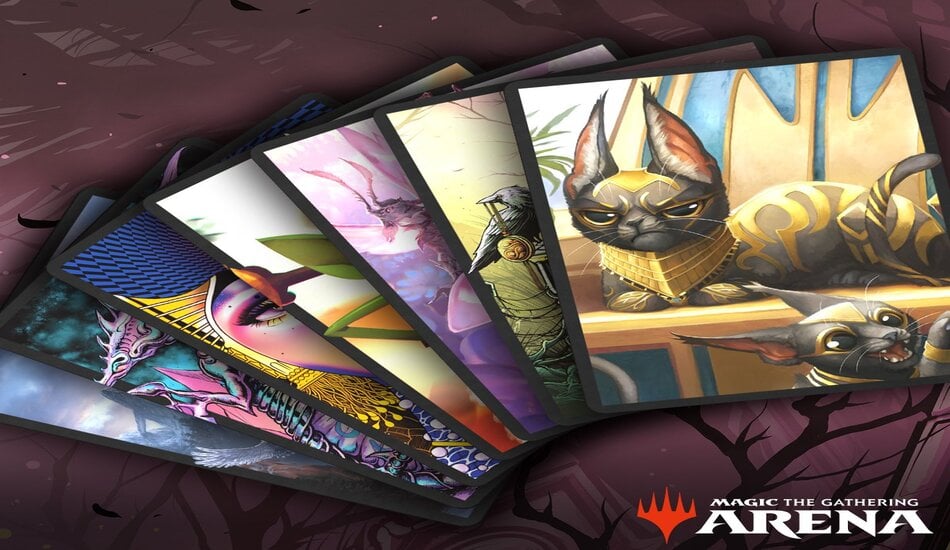 Secret Lair is a new timeboxed to demand set featuring reprinted Magic: The Gathering cards with alternative art illustrated by pop-culture artists. And with each purchase of a drop, players are awarded codes for the card sleeves of that artwork in MTG Arena.

But the sleeves aren’t an exclusive item and will be added to the MTGA store in the future.

There are a total of eight Secret Lair drops, one of which is a bundle of all the cards in the set, and the physical cards are being sold over the course of a 24-hour window. But for MTG Arena players who aren’t interested in the physical cards, just the card sleeves, seven versions are expected to become available in the future via the Magic Arena store.

The price of these card sleeve items hasn’t been revealed by Wizards of the Coast at this time. But compared to other premier card sleeves in the MTG Arena store, they’ll likely cost around 1,200 gems (just under $10).