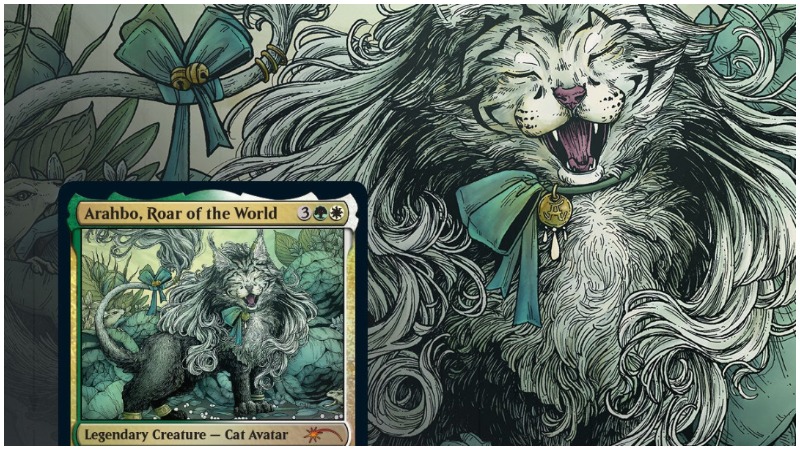 A new sub-themed set is coming to Magic: The Gathering with reprinted alternative-art cards.

Designed specifically for collectors and players, the Secret Lair set contains seven popular themes throughout the history of Magic with alternative-art cards that are legal for competitive play.

The December release of Secret Lair cards contains reprints. But there might be new cards in the future since WotC plans on expanding upon the set later in 2020. Secret Lair cards are only available for purchase during 24-hour blocks on the Wizards of the Coast website starting Dec. 2. Dates and times of each drop can be found here.

The new purchase system is called “timeboxed to demand,” according to WotC product architect Mark Heggen. The new system promises not to run out of stock during the 24-hour window and players aren’t restricted to a purchase quantity.

Prices of each drop are either $30 or $40, with the more expensive sets containing foil cards. Each themed drop will contain three to seven cards. A Secret Lair bundle, containing every card from all seven themes, is also available for $200 but only on Dec. 2 during its 24-hour drop window.

The Secret Lair set is different from previous alt-art cards offered by WotC in that the trading card company is using new artists with a variety of backgrounds.

“We’re working with street artists, comic book artists, traditional Magic artists working with very non-traditional art briefs, album cover designers, and on and on and on,” Heggen said. “It really is a chance to welcome new artists and styles into the game, which is a big part of what makes this all so fun.”

Daily drops of the Secret Lair collector boxes will be held from Dec. 2 to 9.