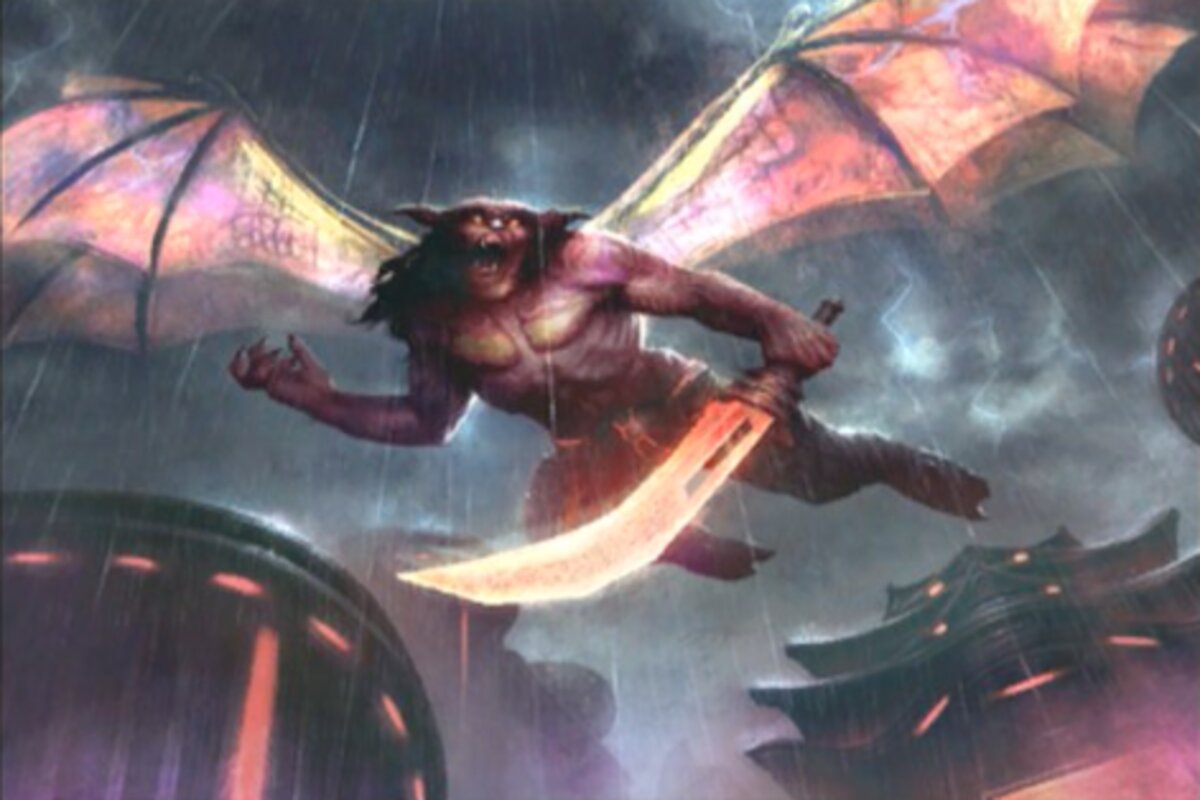 Decks within the Magic: The Gathering Historic and Alchemy formats that want powerful creatures got an upgrade today via the Neon Dynasty: A22 spoiler Consuming Oni.

Consuming Oni is a powerful demon that will drop into MTG Arena on March 17, ahead of the April release of Streets of New Capenna as a digital-only Neon Dynasty: A22 card. Revealed today by TSM NumotTheNummy, the ogre demon is a 6/6 creature that has Flying and Menace. It can also hit the battlefield as early as turn four without any mana ramp, for a slight cost.

Losing three life points is a downside, depending on the type of deck Consuming Oni gets added to and if your opponent has the means to block its attacks. The ogre demon can essentially put an opponent on a four-turn clock if they can’t respond to it. And you don’t have to lose life points if you choose not to cast any other spells.

There’s also an abundance of Black cards within both the MTG Alchemy and Historic formats that have Lifelink, able to offset any life points that are lost. The Meathook Massacre can clear a board, add life points to your overall health, and still not hit Consuming Oni—allowing the demon to deal direct damage upon attacking if your opponent doesn’t have any removal.

Players can start adding copies of Consuming Oni to decks with the release of Neon Dynasty: A22 via MTG Arena on March 17.