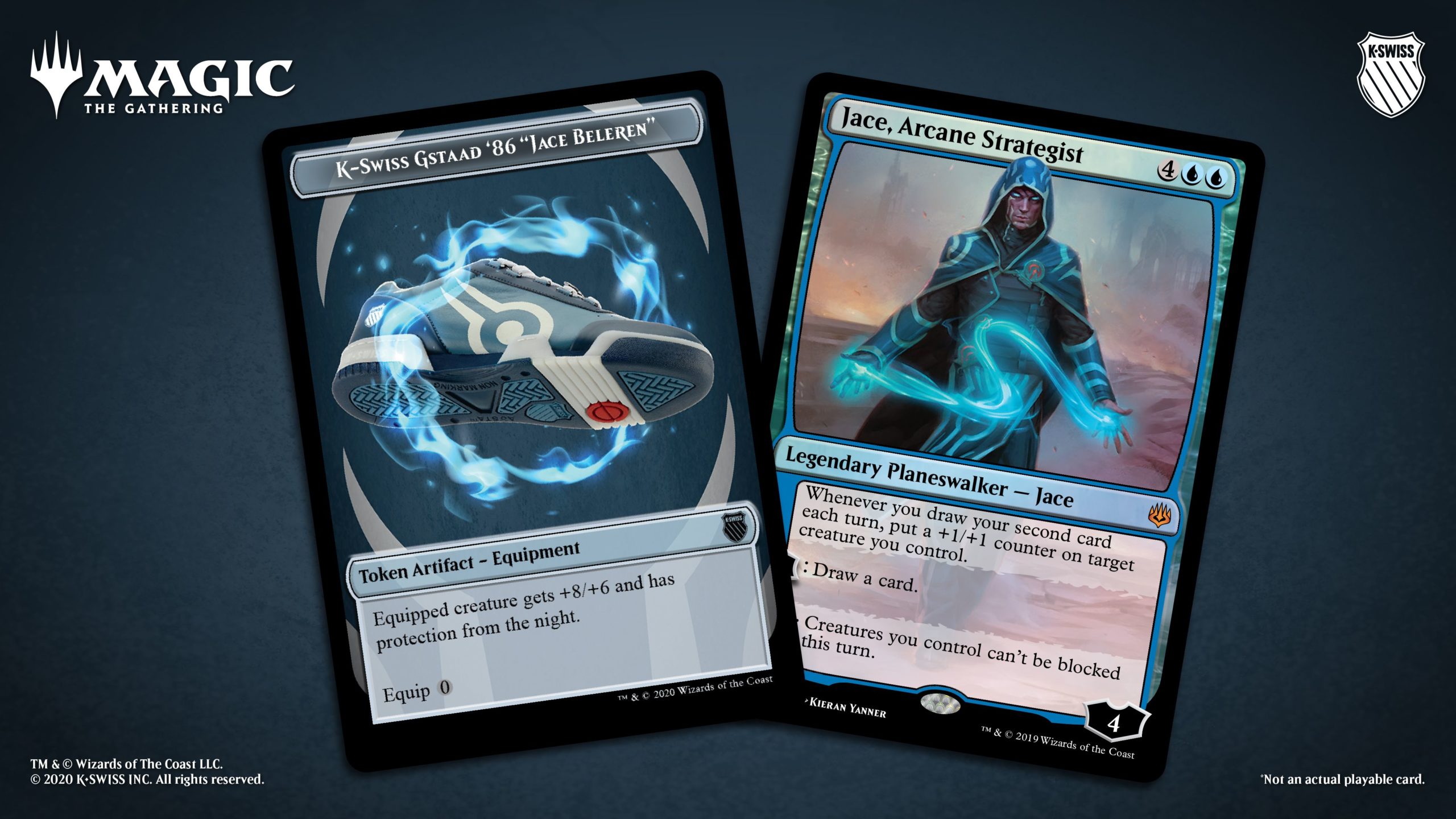 Magic: The Gathering is continuing its recent trend of collaborating with mainstream partners. Wizards of the Coast has announced a partnership with tennis shoe brand K-Swiss to launch a Jace Beleren themed signature shoe.

The limited-edition Jace themed Gstaad ‘86 drops Sept. 1 exclusively on Hasbro Pulse. Only 300 pairs will be made available at $100.

The updated Gstaad ‘86 is a reimagination of a classic tennis shoe with modern design elements. Jace’s signature shade of blue is the primary color of the sneaker. The leather overlays and underlays on the sneaker are accented by glow-in-the-dark elements.

The Jace-specific design choices are found on the collar lining, body of the shoe, and rubber outsole. In addition, the metal lace clip-ons are modeled after Jace alongside the Magic logo at the tongue.

Magic is no stranger to mainstream collaborations in recent years, even with this being the first shoe deal for the collectible card game. Ikoria, Lair of Behemoths featured cards with alternate art that directly referenced several monsters from the Godzilla universe. Earlier, Magic worked with My Little Pony for the release of Ponies: The Gathering, a three-card set where proceeds were donated to Extra Life benefiting the Seattle Children’s Hospital.