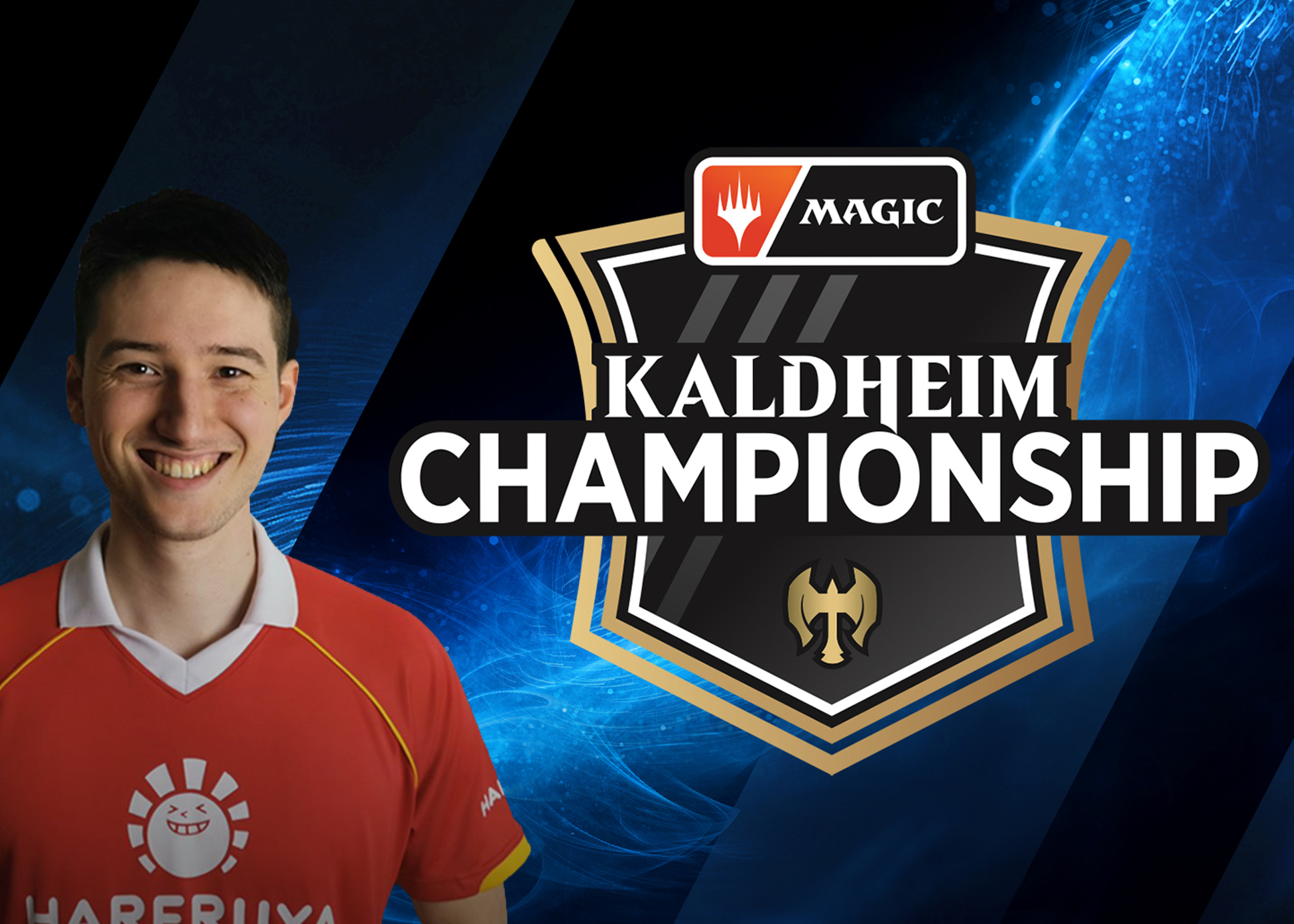 Arne Huschenbeth didn’t expect the biggest moment of his career to happen in front of his computer.

When Huschenbeth was grinding in the Magic: The Gathering European scene, he always dreamed of winning a Pro Tour. The fantasy of bright lights, a big stage, and the energy of a live crowd inspired him to keep improving.

But COVID-19 caused in-person Magic events to come to a screeching halt. Competition shifted completely online through Magic Arena from what had previously been a thriving in-person competitive scene. Prior to the threat of the pandemic, players would travel across the globe to compete in Pro Tour events.

Huschenbeth imagined his first Pro Tour victory would come after a long week of traveling and competition. He saw himself hoisting the trophy in front of his peers to celebrate the landmark career accomplishment.

Whatever the name is, the honor of a top finish remains the same. Winning a Pro Tour is a difficult achievement in a game with so much variance like Magic. Some of the greatest players of all time only have a handful of Pro Tour victories.

Huschenbeth’s dream of winning a Pro Tour event came to fruition on March 28 when he won the Kaldheim Championship. While Huschenbeth may ask if he can call himself a Pro Tour champion, this top finish cements him as a rising star in the scene regardless of what it’s called.

There was no raucous crowd or celebration with friends as he envisioned. Huschenbeth celebrated in his room at 3am as his dream of a Pro Tour victory became a reality. Despite the unusual setting, the victory felt as good as Huschenbeth imagined when he was building a name in the Magic Grand Prix circuit.

“It’s definitely weird to get this message storm and not be able to physically get out there and celebrate,” Huschenbeth told Dot Esports. “Nonetheless, it was amazing and I’m so thankful for the people that reached out and supported me.”

Showcasing the breadth of his skills and winning the Kaldheim Championship came as a major accomplishment for Huschenbeth and a sign of growth. It was the culmination of years of mental and physical training to put himself in the position to take advantage of the moment.

Huschenbeth started the weekend with seven straight wins and ended the tournament with six more, including three 2-0 sweeps in the top eight. With victories over six players in the Magic Pro League or Rivals League, Huschenbeth showed he can play at an elite level. He made a risky meta call, choosing to run Dimir Rogues in Standard instead of Temur Adventures or Sultai Ultimatum, the two most popular lists in the format.

With each game, Huschenbeth navigated tricky battlefields and expertly played around overwhelming threats like Emergent Ultimatum. The final test came against former world champion Javier Dominguez. Huschenbeth played around Ox of Agonas to close out the game.

Huschenbeth plays Legacy where complicated interactions are a normal occurrence. After playing older formats and working with “riddlemaster” Thoralf Severin on solving Magic puzzles, Huschenbeth was well prepared to succeed in one-in-a-hundred scenarios.

He said a few years ago he wasn’t in a place where he could have taken advantage of running hot on day one or maintaining his cool through the top-eight bracket.

Huschenbeth isn’t a complete unknown in the Magic community. He has seven Grand Prix top-eight finishes under his belt and a top-four finish in last year’s Players Tour Online 4. But the confidence to be present in the moment wasn’t always there.

“I would have been really nervous,” Huschenbeth said. “You’re like, ‘oh my god, I’m 7-0.’ Nowadays I’m pretty calm, focused, and concentrated. I’m just so used to it. It gives me confidence. I know this is not over yet. We’re 7-0 now. This is good.”

Huschenbeth may have been “focused and concentrated” throughout his run in the Kaldheim Championship, but his outwardly emotional demeanor on camera captured the attention of viewers and fellow players who showered him with praise after the biggest accomplishment of his career.

Many Magic players keep a stoic, measured appearance while playing. But this wasn’t the case for Huschenbeth, who clearly showed his emotions. Key misplays were met with a pained expression. Victories prompted a deep exhale as his dream slowly became a reality. In many ways, Huschenbeth became the protagonist of the Kaldheim Championship.

Huschenbeth had a captivating narrative as an up-and-coming player who dreamed of being on this stage and finally realizing his potential. During his many conversations with host Riley Knight on broadcast, Huschenbeth’s personality and journey resonated with fans and fellow players.

“I’m just passionate about the game,” Huschenbeth said. “I’ve always dreamed about being at the top. I could be the poker face, but why not show emotions? Why not show what it means to me and be open?”

A year ago, Huschenbeth took a six-month break from Magic because “the fire wasn’t there.” Sometime in December, the fire returned. It was inevitable. Competition runs through Huschenbeth’s blood. His older brother, Niclas, is a chess grandmaster. For Huschenbeth, competition comes naturally. But sometimes a break is just necessary to find oneself.

“You just gotta take a break sometimes and then the fire was burning again,” Huschenbeth said. “You don’t really need motivation if you’re so passionate. It’s in my family. Honestly, I feel like both my brothers are the same. We just want to win.”

Now qualified for the Challenger Gauntlet, he has a chance to earn a spot in one of the leagues alongside the players he’s looked up to for years with a top finish in the postseason tournament.

Magic Pro League and Rivals League players compete in League Weekends and set championships for points that determine World Championship qualification, promotion, and relegation. Challengers are competitors who aren’t in either league.

“Honestly, it’s kind of weird because my season is over,” Huschenbeth said. “There’s no point system. I qualified for the highest thing I could qualify for as a Challenger. I’m aiming for MPL and Worlds.”

Even though his season is technically over, Huschenbeth plans to capitalize on this moment by coaching and streaming more on Twitch. He also intends to play in the Strixhaven Championship from June 4 to 6.

Since coming back to Magic in December, the fire has been reignited for Huschenbeth. Don’t expect it to burn out any time soon.