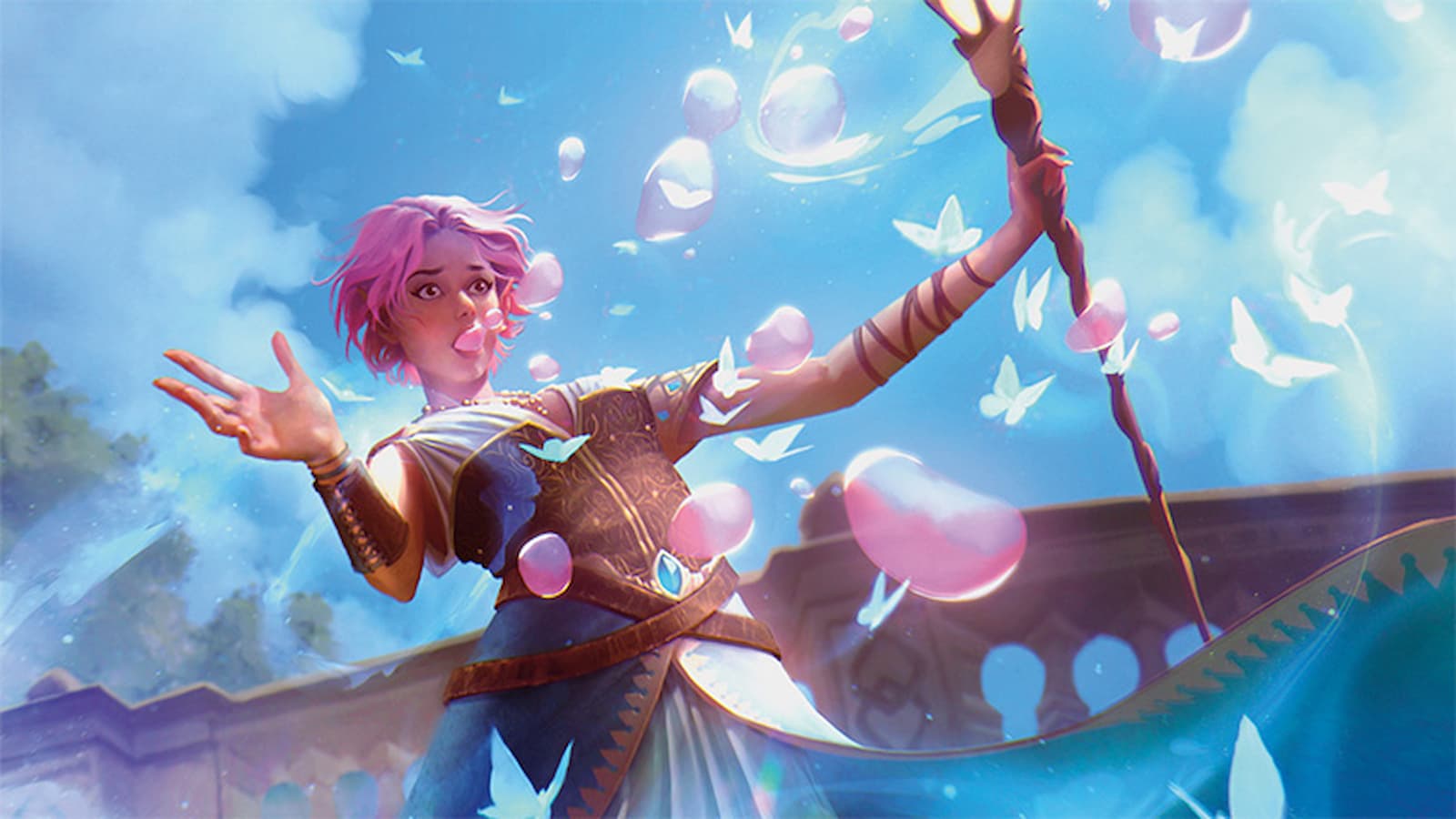 More than 250 Magic: The Gathering cards are getting added to MTG Arena during the month of July in conjunction with new events, rebalanced cards, and the July Ranked season.

An MTG Arena update scheduled to take place on July 7 will release the Alchemy Horizons: Baldur’s Gate (HBG) expansion into the Alchemy and Historic formats, along with a large number of Alchemy rebalance changes. With the release of the new Alchemy expansion, MTG Arena is offering players two exclusive events: Alchemy Metagame Challenge and Dragon Brawl.

Scheduled to drop on July 28 are two MTG Arena exclusive expansions: Historic Anthology six and Explorer Anthology one. Both expansions will feature a bundle for purchase in the store, offering players four copies of the 20 cards contained in each set.

WotC is running a special summer cosmetic sale, starting on Aug. 4. No details as to what is included in the sale have been released at time of writing. The sale is for a limited time only, running from Aug. 4 to 17.

The next MTG Arena Open is slated to take place from July 30 to 31. The format for the event is Alchemy Horizons: Baldur’s Gate Draft. Players who advance to the second day will Draft twice now, instead of only once. The second Draft will take place after a total of three wins during day two of the MTG Arena Open. All participants in the tournament will receive a Baldur’s Gate dragon card sleeve.

Both expansions will be sold via bundles within MTG Arena. Each bundle contains four copies of 20 cards and the bundles are priced at 4,000 gems or 25,000 gold each. Players can purchase the bundles between July 28 and Oct. 5.

A total of six cards were revealed via the MTG Arena announcements, three for Historic Anthology six and three for Explorer Anthology one.

WotC is offering MTG Arena players a total of three main events during the month of July, showcasing Alchemy and Rulebook card-style rewards.

The Alchemy Metagame Challenge returns to MTG Arena from July 8 at 10am CT to July 11 at 10am CT. Players can bring any Alchemy Constructed deck to compete in a best-of-three match format where one match loss bumps you from the event. Up to seven wins, however, can earn players gold and 30 Alchemy Horizons: Baldur’s Gate booster packs.

To compete in the Alchemy Metagame Challenge, players will need to pay an MTG Arena event fee of either 2,000 gold or 400 gems.

Historic Brawl takes center stage within MTG Arena from July 14 to 18 via the Dragon Brawl event. At an entry fee cost of 5,000 gold or 1,000 gems, players can compete with preconstructed Historic Brawl decks that are led by a legendary dragon.

Players can compete as many times as they like, earning up to 10 Rulebook Showcase card styles. Each win earns a player two card styles up to five total wins. Players will not see duplicate card styles offered with additional wins during the event.

Here are the Rulebook card styles offered as rewards within the MTG Arena Dragon Brawl event:

Scheduled to take place from July 18 at 10am CT to July 28 at 10am CT is the Dragons & Dungeons MTG Arena event, showcasing an all-access Historic Singleton format with two Emblems.

Here are the Rulebook card styles offered as rewards within the Dragons & Dungeons MTG Arena event:

The release of Alchemy Horizons: Baldur’s Gate will feature a special Sealed event that will run from July 7 to 29, showcasing both best-of-one and best-of-three formats. And a Quick Draft for the expansion will take place in July and Aug.

Related: Everything about MTG Arena organized play for competitive Magic: The Gathering

The MTG Arena Ranked season will run from June 30 to July 31.