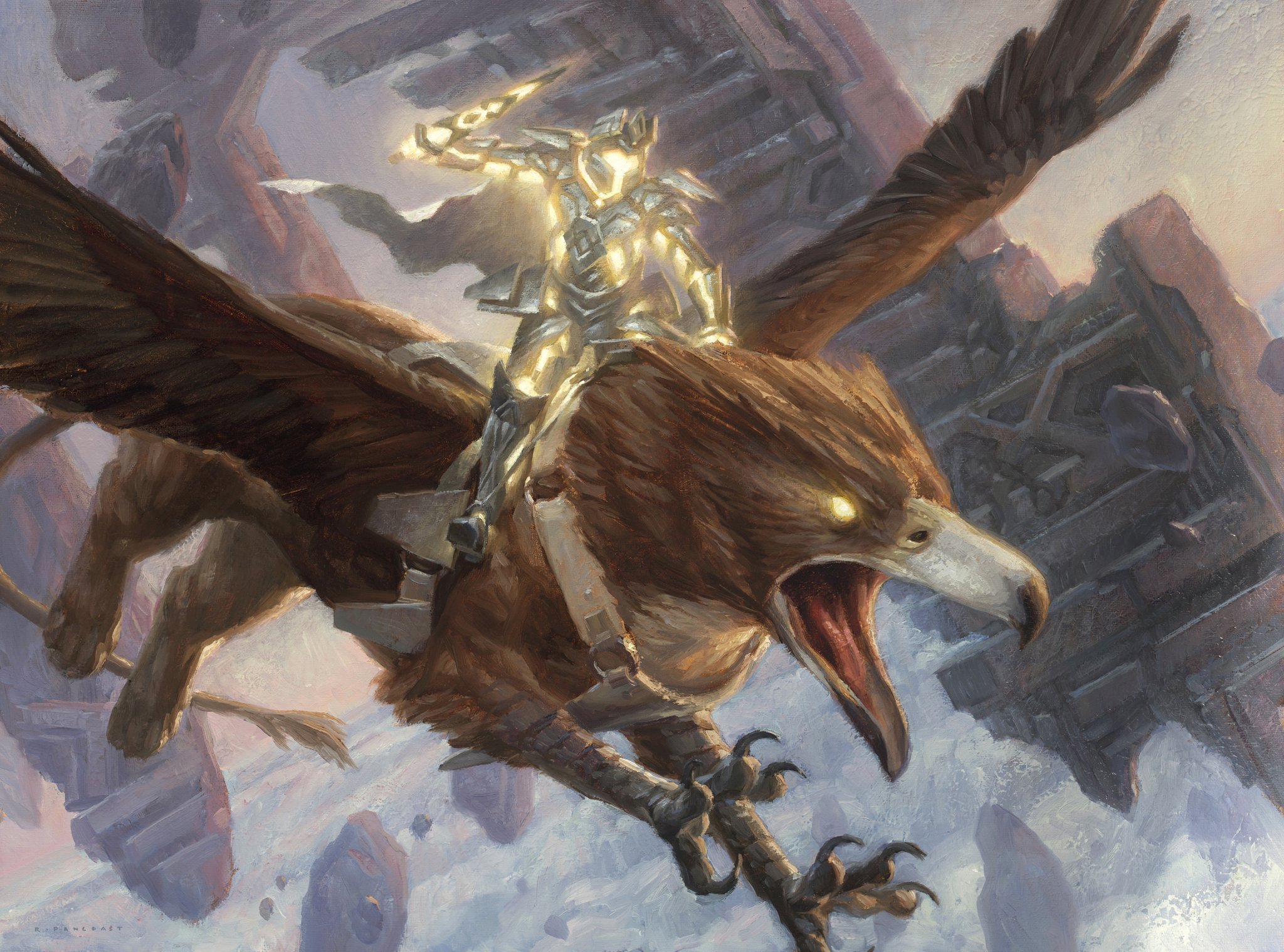 Jim Davis, a notable streamer and professional player, finished day one of the Neon Dynasty Championship undefeated, putting himself into a good position to make the top eight.

Davis joins Jean-Emmanuel Depraz as the two players to finish the day 7-0. Day one had three rounds of Alchemy, Magic‘s digital-first format, followed by four rounds of Historic. Here are the top eight players in the Neon Dynasty Championship after day one.

Steuer is coming off of a victory at the Magic Online Championship Showcase, the event that qualified him for this event. Other notable top performers are Kai Budde, Aaron Gertler, and Piotr Głogowski at 6-1.

Davis ran hot throughout day one with four 2-0 victories. His Historic Azorius Auras deck was an interesting pivot on the well-known archetype. While other decks were looking to incorporate new cards like Light-Paws, Emperor’s Voice, Davis decided to run a list with zero cards from Kamigawa: Neon Dynasty.

If seven rounds are any indication, it proved to be a great decision. Davis’ deck had proven power that had a favorable matchup against Izzet Phoenix. The list is able to hit hard and play the long game with Lurrus of the Dream-Den and a surprisingly powerful Cerulean Drake out of the sideboard.

Almost all of Izzet Phoenix’s removal spells are Red. With Cerulean Drake’s protection from Red keyword, it is able to Block any attackers and become a threat in late-game situations.

Depraz was another player that found great success while diverting from Alchemy and Historic’s most popular decks. In Alchemy Depraz ran Jeskai Hinata, a control deck that leans on Hinata, Dawn-Crowned to cast expensive spells like Magma Opus for cheap.

Depraz’s Historic choice was Azorius Affinity, a deck that hasn’t appeared at the top of many Historic tournaments before the Neon Dynasty Championship. The list is resilient and develops an overwhelming battlefield quickly.

The big storyline of the day was Mono-White Aggro in Alchemy. The most played deck in the format caught some players off guard. Since the Neon Dynasty Championship is the first major Alchemy tournament, there wasn’t a lot of deck data coming into the event. Many players assumed that Naya Runes would be the most played deck followed by variations of U/W Control and Orzhov Midrange.

But it was Mono-White Aggro that took the top spot with 23.1 percent of the field, several points above Naya Runes at 18.3 percent.

Mono-White Aggro proved to be a difficult matchup for Naya Runes to overcome. Differing from its Standard counterpart, Alchemy Mono-White Aggro leans more on the disruptive side of White’s color pie rather than the full-on assault that the Standard version can be.

Cards like Elite Spellbinder, Archon of Emeria, and Skyclave Apparition all disrupt Naya Runes’ gameplan just enough for Mono-White to develop its battlefield. Archon of Emeria was a notable piece of tech that stops Naya Runes from going off and playing several spells in a turn. Taking away that ability effectively takes away a large part of what makes Naya Runes powerful.

Historic wasn’t too surprising. It’s a format that has remained consistent over the past year. Izzet Phoenix, Azorius Control, Auras, and Golgari Food are the top decks in the format. That remained true in day one’s Historic rounds. Barring any bans following the Neon Dynasty Championship, these are looking like the top decks going forward.

The Neon Dynasty Championship continues on March 12 with eight more rounds of action to determine who gets into Sunday’s top eight bracket. Rounds eight to 11 will be Alchemy and rounds 12 to 15 will be Historic. The top eight will be played in Alchemy.