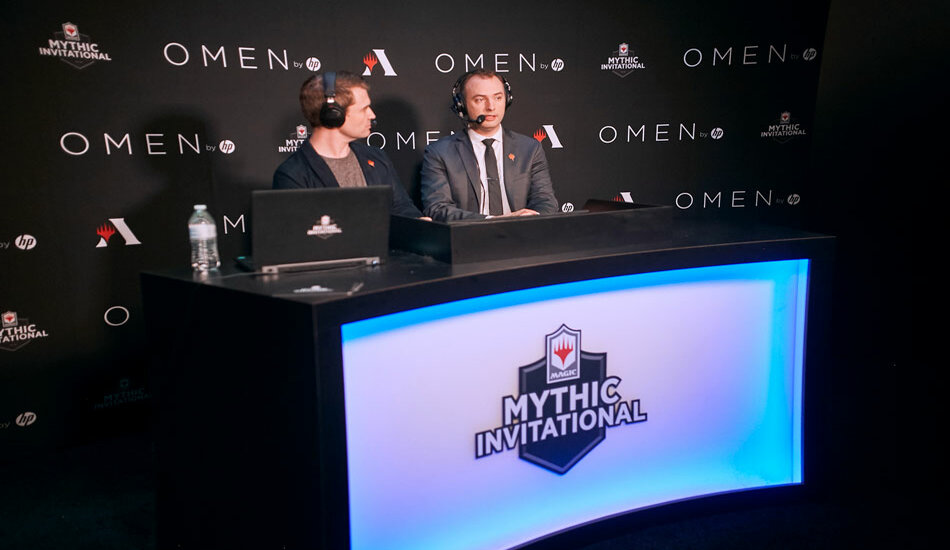 A maximum of 350 Magic: The Gathering players are competing this weekend at the DreamHack MTG Arena open for a chance to win a piece of the $100,000 prize pool and an invite to the first Mythic Invitational of the 2020 partial season.

From Feb. 21 to 23 in Anaheim, circuit MTG pros to Friday Night Magic players will compete on Arena in Standard Constructed in hopes of earning a seat at Mythic Invitational Ikoria in May. You can watch all the action unfold on the Magic Twitch channel.

Several notable hosts who know a thing or two about Magic will be casting this tournament.

Admirable is hosting the stream, along with veteran casters Riley Knight and Maria Bartholdi. MTG Hall of Fame player Martin Jůza is also joining the team. The broadcast for each day will kick off prior to the start of tournament play.

The format for the DreamHack MTG Arena open is Standard Constructed best-of-three Swiss rounds on Feb. 21 to 22 and double-elimination rounds for the top-16 playoffs on Feb. 23. With up to 300 competitors, there are 10 Swiss rounds. The maximum number of players allowed is 350 and anything over 300 will result in 11 Swiss rounds.

Players who finish first through 32nd will grab a piece of the $100,000 total prize pool, with the champion earning $30,000 and a seat at Mythic Invitational Ikoria. The DreamHack Magic Arena tournament is open to anyone and everyone who purchased a ticket.