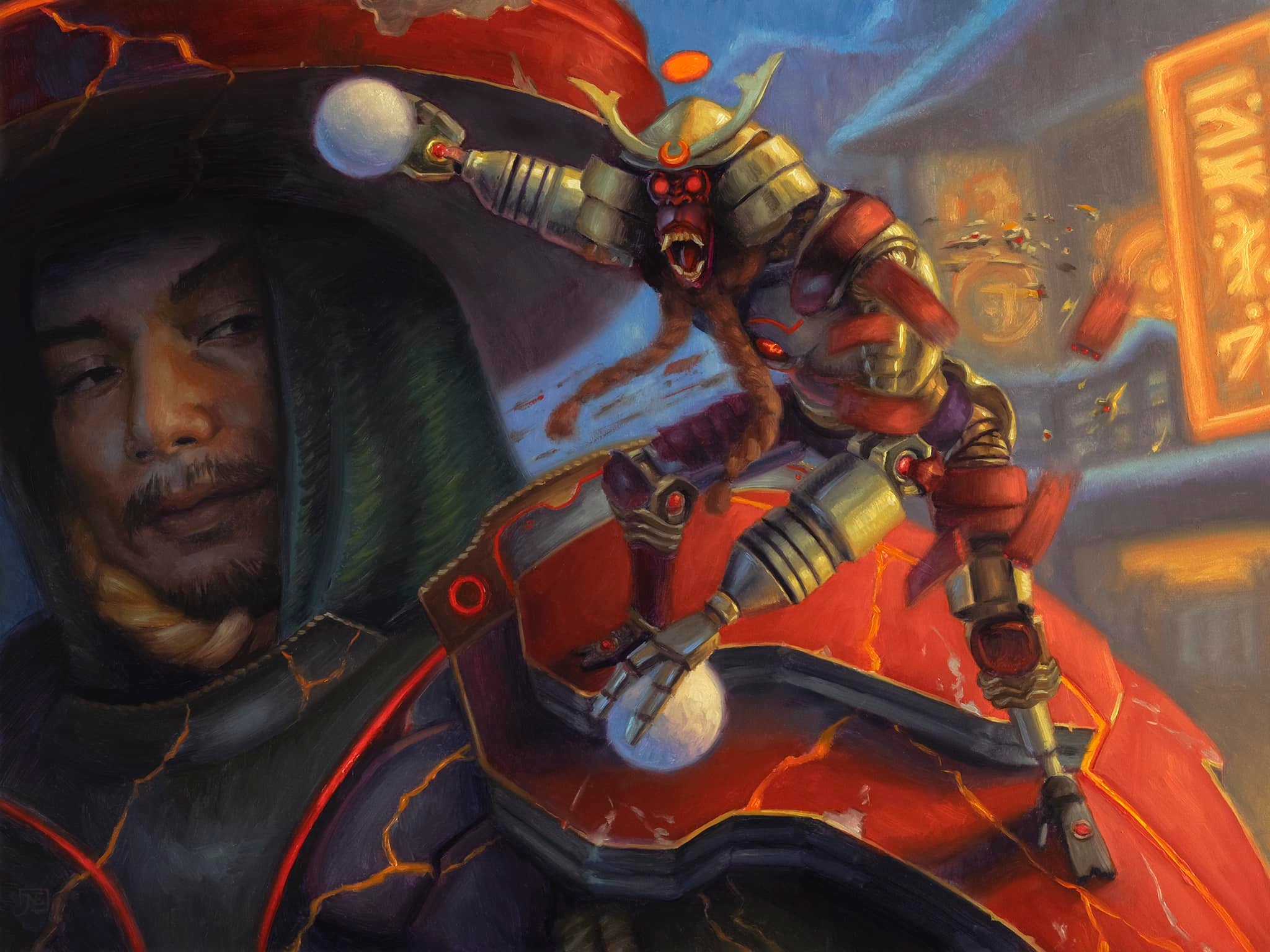 Magic: The Gathering’s latest set, Kamigawa: Neon Dynasty, introduced a handful of mechanics. Perhaps the most prominently used is the activated keyword Reconfigure.

The ability is only present on Artifact creatures that have the Equipment subtype, but Wizards of the Coast put the ability exclusively on mono-colored cards.

In essence, Reconfigure is the equivalent to the Equip, which is present on traditional equipment cards. The primary difference is that this set has introduced the concept of equipment cards that are also already creatures themselves.

A Reconfigure cost can be used both to attach an Artifact creature to another creature and to unattach it. Similar to Equip, it can only be done at Sorcery speed.

This activated ability has synergy with one of the other mechanics that are new to MTG with this set. Modified is a new keyword to the set that is used to identify creatures that, among other things, are equipped. This mechanic will likely be heavily used by players in limited formats if they craft decks that are heavily Red with at least a splash of Green or Black.

Cards with Modified in the text give players added utility when they have creatures that have Artifacts attached to them, making Reconfigure creatures valuable when used in conjunction with them.