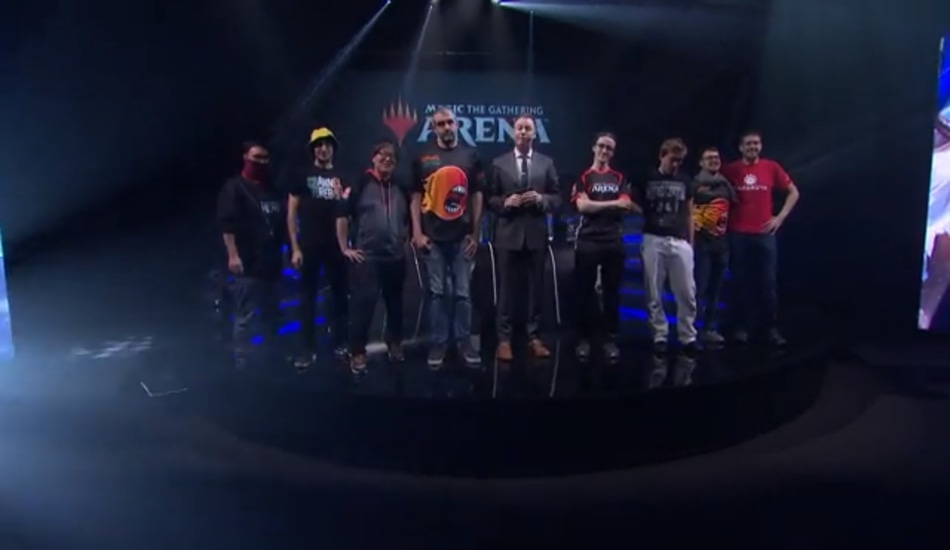 Day two at Mythic Championship V didn’t go like any Magic: The Gathering fan would have expected. A variety of archetypes dominated throughout the day for a healthy meta in the finals tomorrow.

The second day at Mythic Championship V began with 28 players fighting for five wins, all seeking to secure a spot in the top eight. And much like day one, Bant Golos failed to dominate the meta while decks like StanCifka’s Bant Ramp and Lee Shi Tian’s Mono-Red Cavalcade whittled away at the competition.

Here are the top eight Magic pros and Challengers in the finals at Mythic Championship V.

The story of the day was Lee Shi Tian, who brought the only version of Mono-Red Aggro to MCV. And while other aggro players went with archetypes like Mardu Knights and Gruul, it was Tian who would earn five wins and a guaranteed seat in the finals.

Stanislav Cifka also had an amazing run on day two, showing the world that he’s a serious contender fighting for the $100,000 grand prize and a seat at the Magic World Championship. In an intense match with Chris Kvartek, Cifka reminded everyone why he’ll always be an MTG pro player.

Day three of Mythic Championship V kicks off tomorrow morning at 11am CT as the top eight battle each other in a double-elimination bracket.

Players who lose in the upper bracket matches will get a second chance at glory in the lower bracket. The winner of the lower bracket, however, is at a disadvantage in the grand final match as they have to win two consecutive matches (best-of-three) in a row.