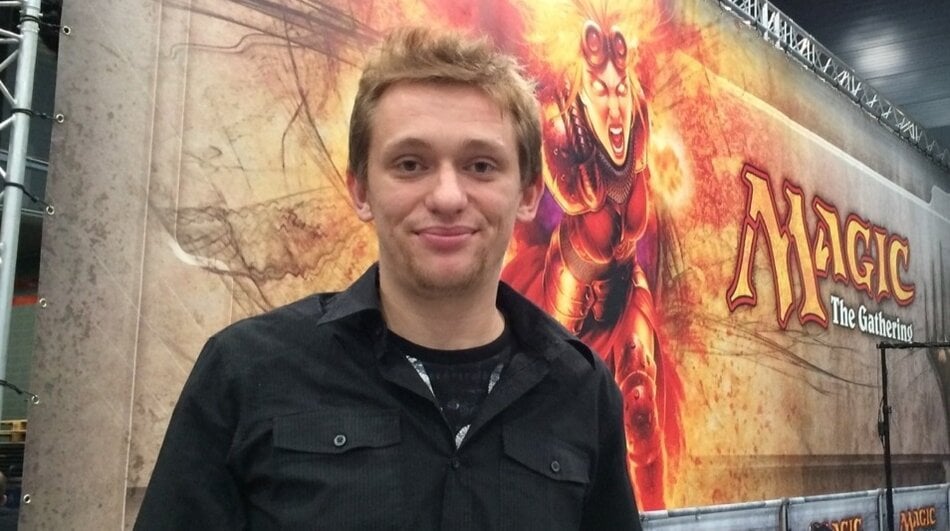 Thousands of MTG Arena players from around the world, including pros and streamers to the overnight grinder with a full-time job, huddled around their computers on Aug. 17 with a goal of being able to play in one of the largest Magic: The Gathering tournaments of the year.

Among the group was the former No. 1 Hearthstone player in the world, ready to put his skills to the test in the Magic: The Gathering Arena Mythic Qualifiers. Stanislav “StanCifka” Cifka was prepared for the intense competition ahead of him, but he wasn’t too concerned with the results.

MTG Arena has brought the pop-culture trading card game Magic to a whole new generation of players over the last year, while also reviving a competitive fire in former tabletop players. The new digital platform also paved the way for the Mythic Championship Qualifiers (MCQ), providing an opportunity for anyone to compete against Magic Pro League (MPL) players.

Over the course of a season in Magic’s Arena, the top 1,000 players who reach Mythic rank each month are given a chance to qualify as a Challenger in an upcoming Mythic Championship Qualifier. It’s a tournament Cifka might not have participated in if it wasn’t for his roommates Ondřej Stráský and Ivan Floch.

“When I started on MTG Arena it was essentially from ground zero,” Cifka told Dot Esports. “Recently I’m living in the same house as Stráský and Floch. They’re playing a lot of Magic and doing it professionally, so I decided we could play the game together as a way to share ideas.”

Cifka is a competitor by nature, having reached pro-level status in every game he played. But it’s not always about competing for StanCifka, who often enjoys crafting decks and sharing ideas with the community more than he does playing the game itself.

“I like the process of deck building way more than I like playing,” Cifka said. “I’d rather spend more time crafting the ideas and putting them together. The ultimate reason why I’m playing the games is to compete, but the main reason is to share ideas. That’s how you are as a professional player. If you only do it for yourself, then you don’t bring anything to the community.”

Cifka, Stráský, and Floch combined their deck-crafting skills to qualify for MCIII and create the Four-Colored Dreadhorde deck. And while the archetype became popular in the Magic Standard meta, Cifka didn’t qualify for the Mythic Championship.

Returning to the drawing board, the three pro players began crafting ideas for the Aug. 17 MCQ after once again making it into the top 1,000 of MTG Arena’s Mythic ranked. With archetypes like Orzhov Vampires and Esper dominating the field, Cifka dove into his deck building rabbit hole in search of something that could compete against the current metagame.

“You get all these pieces together, then you can look outside the box,” Cifka said. “There might be a strong card, but no good home (archetype) for it. Then I think of different types of interactions. For example, when building a deck I need to keep in mind it will face Teferi, which makes it difficult to build combo decks.”

The deep dive into deck crafting paid off when Cifka and his roommates developed Four-Colored Legends, a combo deck using Kethis, the Hidden Hand. They initially kept their creation a secret and began playtesting, realizing it provided an element of surprise that players wouldn’t have answers to within their top-meta decks.

Over the course of the two-day MCQs, Cifka and Stráský stomped their opponents with the Four-Colored Legends deck, finishing in the top 16 and qualifying for MCV. But instead of focusing on his victory, Cifka’s priority was sharing their creation with the world. Posting his decklist on Twitter during the event and then later explaining how it worked via his Twitch stream, Cifka wasn’t letting his successful finish in the MCQ go to his head.

Qualifying for MCV potentially opens the door for Cifka to return to Magic as a full-time professional player. If he places in the top-eight or wins the tournament, Cifka would find himself as a part of the new esports path toward earning a spot in the MPL.

The previous pro-level esports circuit in Magic was a rough foundation, leaving many pros confused and discouraged. In an effort to provide clarification, the Rivals League was created and pros were given a clear path toward becoming a Magic Pro League player based on top finishes in various tournaments. But for Cifka, getting in the MPL isn’t a top priority at the moment.

“It would be nice if I could make it the MPL, but for now, the goal is far away and it wouldn’t be smart to go 100 percent for it right now because the chances are low,” Cifka said. “I can keep an eye on it. If I do well at MCV, then it’s something I can try. I was tremendously prepared this time [MTGA qualifiers] but you still need luck.”

Cifka’s return to competitive Magic encompasses themes typically found in a fairy tale, which is fitting since MCV will feature the new Throne of Eldraine set based on Arthurian legend and folklore tales. Cifka isn’t focused on fairy tales, however. He said that 2019 is a year for him to relax while exploring various games to play.

“I choose games based on: Is there enough competition, can I make a living doing it, and do I enjoy the whole environment?” Cifka said. “I was at the WSOP this year and it was fun, but I don’t want to do poker full time. I’m looking for a game that I can play, but I’m not in any rush. I don’t want to push myself to find a game immediately. I’m learning Teamfight Tactics, playing Magic, poker, and whatever else I may find interesting.”

With Magic’s Mythic Championship V taking place next weekend (Oct. 18 to 20), Cifka’s approach to the new Standard meta will be similar to his preparation for the MTGA qualifiers. And while he isn’t in a rush to return to MTG full time, how Cifka performs in the tournament will play a major role in determining the direction of his future in esports.