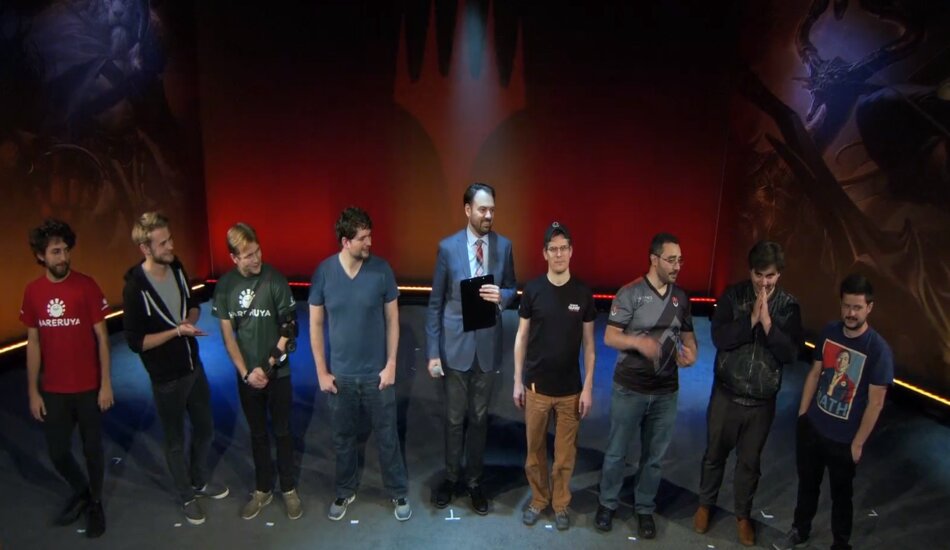 The best Magic: The Gathering pro players from around the world gathered for the last tabletop tournament of the year, and only eight moved on to day three.

Mythic Championship VI has been a tournament that will forever be remembered in Magic. With a field dominated by Food decks and Oko, Thief of Crowns, over 500 players have been whittled down to the top eight.

Here are the Magic: The Gathering players in the top eight at Mythic Championship VI.

Almost 70 percent of the field played some version of a Food deck at MCVI. Most assumed the top eight would only be mirror matches, but two Adventure decks have also made it into the top eight.

Tabletop tournaments in Magic are different than the ones played in MTG Arena. The pros gathered at MCVI had to play three rounds of ELD Limited Draft and five of Standard Constructed during the first two days.

This opened the door for a pair of Adventure decks to make it into the top eight while challenging the field in their Magic skills, rather than relying on the best deck in Standard to win.

Day three of Mythic Championship VI begins Sunday at 8am CT, with a prize pool of $500,000, Mythic Points, and an invitation to the Magic World Championship on the line.