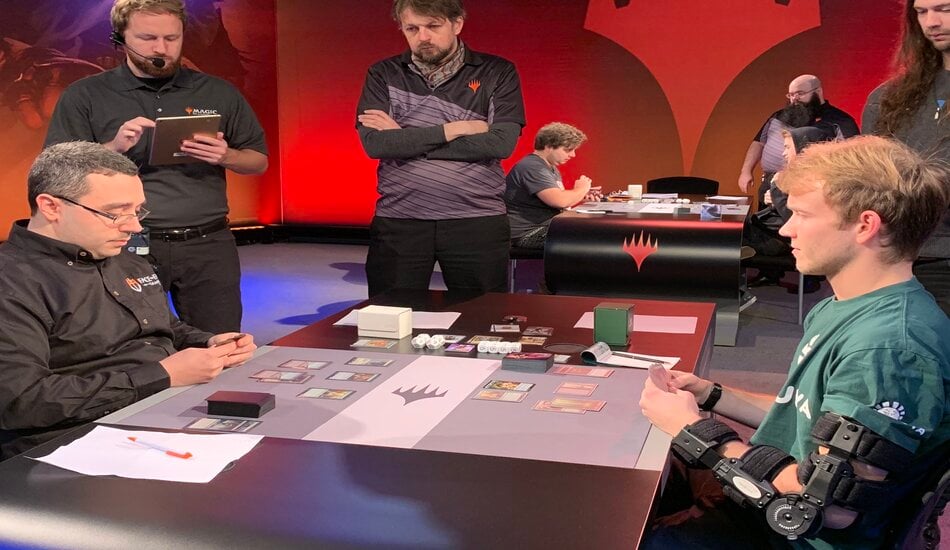 Oko, Thief of Crowns dominated the Mythic Championship VI metagame. But there were Magic: The Gathering non-Oko decks that stood out, even if they didn’t win against the Food archetypes.

The Standard format in Magic: The Gathering has never been so lopsided. A historic number of players at Mythic Championship VI played Oko, with 69 percent of the best Magic pros in the world playing the broken planeswalker and Food shell decks.

When paired against Food, the non-Oko decks lost a majority of their matches. And only a handful produced a win rate above 50 percent against Food.

The win percentage of non-Oko decks against Food at MCVI is merely a representation of how these decks typically perform. There are, of course, factors that can slightly skew the numbers due to human error and bad luck.

Adventure decks stood out the most at MCVI, with Selesnya and Golgari making it into the top eight. And if Oko falls to the ban hammer on Nov. 18, the Adventure archetype will become one of the best midrange decks in Standard.

Gruul Adventure was the most unique deck within the archetype at MCVI, created by Javier Dominguez. And it had the highest win percentage against Food decks. 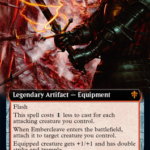 The deck only had three Adventure cards, relying less on Edgewall Innkeeper for card draw. But it used some Gruul Aggro favorites, like Questing Beast and Embercleave, to overpower and stomp its opponents. The removal came from Domri’s Ambush. And Once Upon a Time fixed mana or allowed Dominguez to find a creature card he was looking for.

Golgari and Selenya Adventure previously dominated Standard prior to MCVI in the Magic Pro League. Built around Edgewall Innkeeper, players increase the match’s tempo by outdrawing their opponent. This means they always have an answer via removal or can gum up the battlefield with an unstoppable line of creatures. 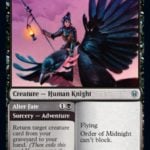 Eli Kassis (Golgari) and Andrew Cuneo (Selesyna) made it into the top eight at Mythic Championship VI, relying heavily upon Edgewall Innkeeper for wins. They also adapted to the metagame, adding cards like Massacre Girl, March of the Multitudes, and Rankle Master of Pranks. 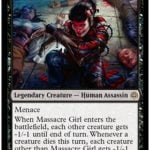 In MTG Arena, there’s been some experimental play with Lucky Clover in the best-of-one format. But in a tournament setting, it’s hard to justify adding four copies of the two-drop Artifact.

Control decks typically begin to shine in Standard several weeks after a new set is released. But since the release of Throne of Eldraine and rotation, Control has been dominated by Midrange decks. There are, however, several lists that are starting to carve out a path in Standard.

Temur Reclamation and Jeskai Fires were the most popular Control decks at Mythic Championship VI, with 21 Magic pros playing each.

Temur Reclamation is built around Wilderness Reclamation, allowing a player to untap all their lands at the beginning of their end step. Niv-Mizzet Parun is usually the only creature, but the recent addition of Bonecrusher Giant has helped against the flood of Food and Midrange decks. 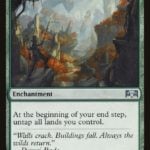 Another addition to this Control favorite has been Escape to the Wilds, providing an increase in tempo. But the big finisher is still Expansion//Explosion.

Jeskai Fires is one of the newer Control builds, crafted around the ELD card Fires of Invention. The deck used to revolve around planeswalkers (Jeskai Superfriends), hinging a win upon Sarkhan, the Masterless. But it’s evolved since then, relying on cards like Cavalier of Flames and Cavalier of Gale.

The only other Control deck that was able to stand up to Food at Mythic Championship VI was Azorius. Several Simic Food decks at MCVI copied themes from Azorius Control, like the two in the grand finals played by Ondrej Stráský and Paulo Vitor Damo da Rosa. 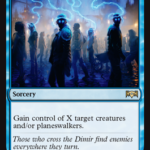 The deck is all about theft via Mass Manipulation and Agent of Treachery. Brazen Borrower bounces and attacks from above while Gadwick, the Wizened provides massive amounts of card draw. Another key finisher is Finale of Glory, usually played if “X” is 10 or more.

Standard in Magic: The Gathering is a hot mess at the moment. But it won’t remain this way forever. A Banned and Restricted announcement is coming Nov. 18, and Oko and Gilded Goose are expected to be on the chopping block. And another MTG set is also coming to Standard soon with the release of Theros: Beyond Death on Jan. 24.