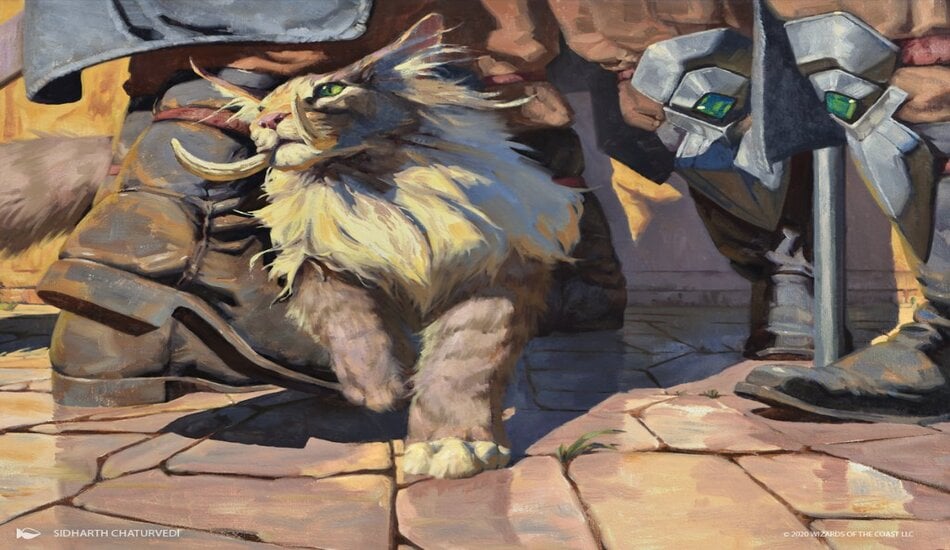 Mechanics and removal took center stage in Magic: The Gathering yesterday while the Ikoria: Lair of Behemoths spoilers continue to drop.

A new set in MTG releases digitally on April 16, featuring Keyword Counters and Mutate as two new mechanics. Yesterday’s IKO spoilers showcased several Keyword Counter themed cards, including The Ozolith, which may be the best spoiler so far. And a previous theme of exploiting a Magic mechanic in Standard returns with a new look.

WildGrowth Walker builds were once dominant in Standard and Essence Symbiont brings back its flavor via the IKO Mutate mechanic. Instead of gaining life and adding +1/+1 counters via Explore, players can build around Mutate, exploiting the ability of Essence Symbiont,

Hornbash Mentor is a solid three-drop that buffs creators via the MTG Keyword Trample. This card is a great pick in Limited and it should also perform well in Standard, adding Trample Keyword Counters to creatures and then buffing them with a +1/+1 counter at Instant speed.

The Feather archetype dropped off the map following the release of Theros: Beyond Death, but it may see a revival thanks to Fight as One. This IKO Instant spell allows players to protect their key cards on the battlefield via Indestructible at a cost of only one mana while buffing them with a +1/+1 counter at the same time.

Related: Here are the best MTG Ikoria spoilers from April 6

Splendor Mare is another solid three-drop that’s a 3/3 in IKO with Lifelink. It also has Cycle, providing a Lifelink Keyword counter on a target creature you own when used.

Removal with multiple options provided at budget cost will play a major role in IKO Limited. Heartless Act is similar to Cast Down, which saw a good amount of play in Standard and continues to do so in MTG Arena Historic. The only downside to Heartless Act is that there are ways to add Keyword Counters at Instant speed in IKO, thus thwarting its first option.

Alert Heedbonder features Hybrid mana in Green/White, buffing up creatures with Vigilance. The Keyword Vigilance is often overlooked in exchange for keywords that provide better value. But with a Vigilance tribal theme emerging in IKO, Alert Heedbonder has the potential to become a popular addition.

The IKO card, Magma Charger, wasn’t revealed in English. There’s a loose translation for it but it’s subject to change while fans wait for the English version to become available.