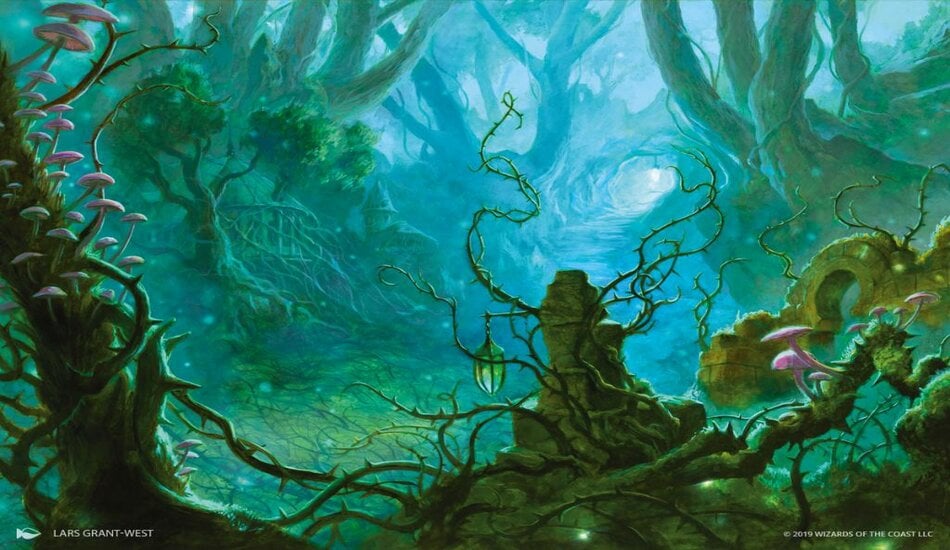 The pieces of a solid Magic: The Gathering Green Stompy deck are beginning to come together with the most recent Throne of Eldraine spoiler, Yorvo, Lord of the Garen Preserve.

Here’s the translation for ELD‘s Yorvo, Lord of the Garen Preserve:

With the potential to enter the battlefield on turn two thanks to Gilded Goose, Yorvo is a 4/4 two-drop. It also curves perfectly into Questing Beast on turn three, turning it into a 6/6. In Green Stompy, having a powerful board state by turn three is what the deck is all about.

By dropping Yorvo on turn two and increasing it by turn three, it also jumps out of range from Lava Coil. And even if it’s removed by other means, Questing Beast is still on the battlefield.

Another deck option to consider is putting Yorvo in a Proliferate build. Much like the insanity of counters being put on Ajani’s Pridemate via Queen Linden, the Proliferate mechanic would have a similar effect on Yorvo in combination with creatures entering the battlefield.

Related: Here’s every Throne of Eldraine spoiler from the weekend

Prepare to stomp with the release of the Throne of Eldraine set via MTG Arena on Sept. 26.