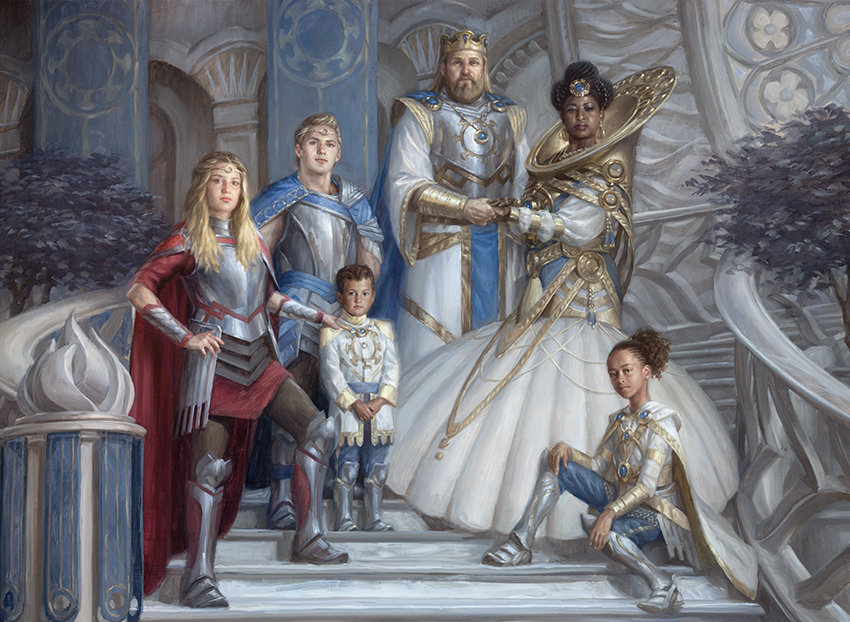 Image via Wizards of the Coast Magic: The Gatherin

Mono-White lifegain decks within Magic: The Gathering return to the forefront with the addition of the Throne of Eldraine (ELD) spoiler, Linden, the Steadfast Queen.

ELD brings the Kenrith family to life through books (The Wildered Quest) and cards (Linden, the Steadfast Queen). Even though it’s designed differently than Kenrith, the Returned King, Queen Linden provides lifegain through white attacking creatures.

Promoting the Mono-Colored theme within ELD, Linden, the Steadfast Queen costs three white mana to cast. She’s a 3/3 with Vigilance and triggers lifegain each time a White creature you control attacks.

Much like how Cavalcade of Calamity triggers, Queen Linden provides one life for each attacking White creature on the board under your control. In a Mono-White lifegain deck, the counters on Ajani Pridemate have the potential to rack up. Add Healer’s Hawk into the mix and the board state quickly becomes unbalanced in your favor.

Mono-White lifegain decks were missing a solid three-drop creature in Standard. Linden, the Steadfast Queen fills that slot but there are still holes in the overall build. Ajani, Strength of the Pride occupies the four-drop spot, but there isn’t a solid fit for turn five.

As an alternative, Faerie Guidemother works as an option via its Adventure (Gift of the Fae). Providing Ajani’s Pridemate with flying for a turn could prove to be a solid finisher. And don’t forget about the potential of Harmonious Archon.

Related: Here’s every Throne of Eldraine spoiler from the weekend

The Throne of Eldraine set releases via MTG Arena on Sept. 26, while ELD pre-release weekend kicks off from Sept. 27 to 29.