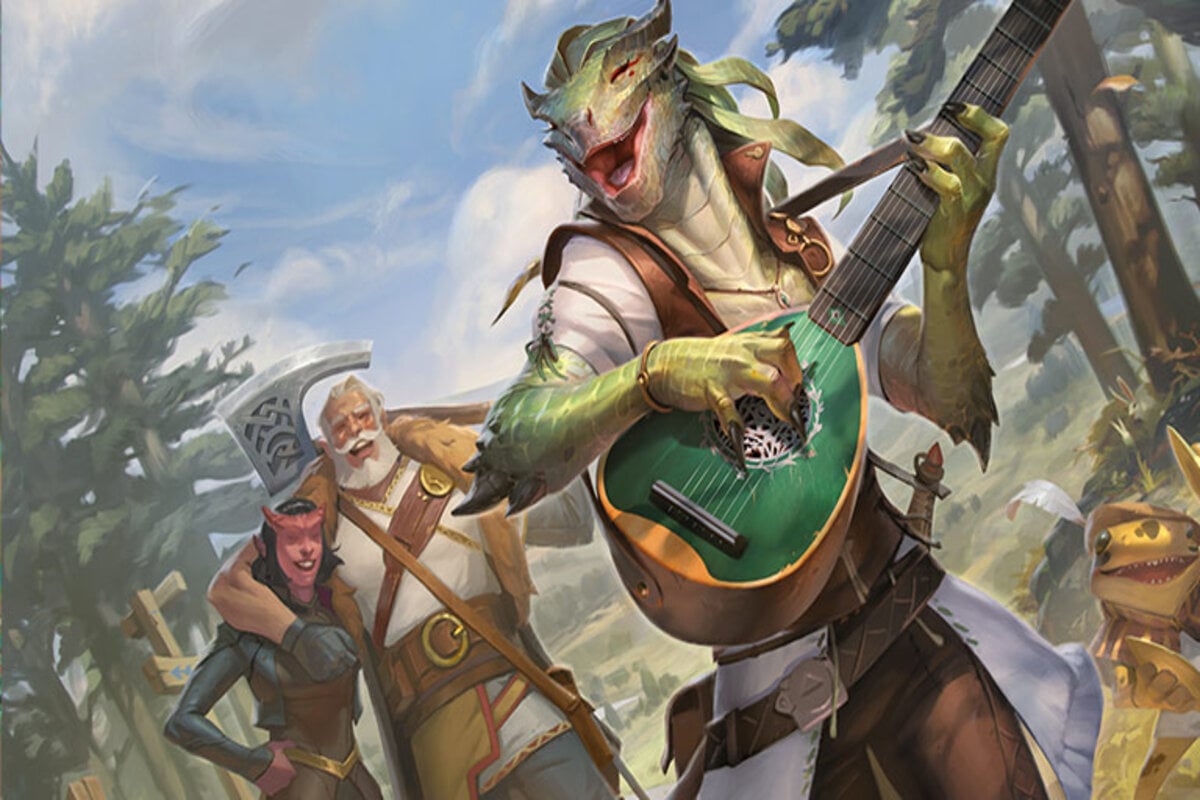 Releasing digitally in a week on July 8, the Dungeons & Dragons: Adventures into the Forgotten Realms (AFR) MTG set already has multiple cards supporting the d20 mechanic. Barbarian Class, a one-drop Mono-Red Enchantment that operates like Saga and Level Up with a d20 die, was revealed today by Rocket Beans TV during the fourth day of AFR spoilers.

Level Up is a keyword in Magic that lets players put level counters on a creature like Brimstone Mage. A Saga is a vertical Enchantment that advances a lore counter every turn. Class has the vertical appearance of a Saga and is also an Enchantment, mashed together with the paid Level Up mechanic.

There will likely be a cycle of Class Enchantments in AFR, highlighting the 12 D&D classes. “Seven of the [Class Enchantments] are Rare, and none will appear in extended art,” according to WotC.

Class will release with the AFR Standard-legal set digitally via Magic Online and MTG Arena on July 8. A global tabletop launch will take place on July 23.