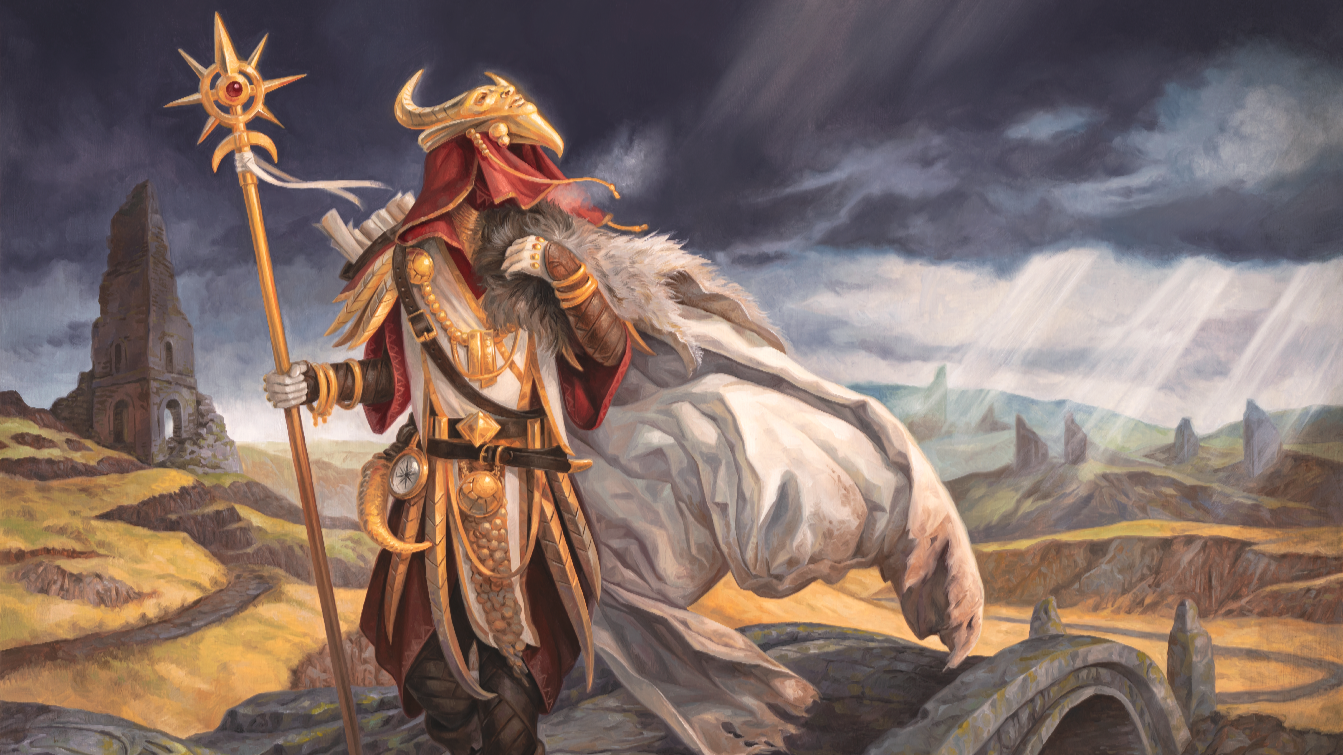 Commander Legends: Battle for Baldur’s Gate is bringing noncreature cards into the command zone for the first time with background Enchantments.

As a way to support the Draft format and allow for multicolor decks, Wizards of the Coast is introducing a new Enchantment type. Backgrounds are legendary Enchantments that sit in the command zone. Similar to Partner, these Enchantments can be paired only with compatible creatures that say “choose a background.”

Only monocolored legendary creatures in Battle for Baldur’s Gate will be playable with a background in the command zone alongside it.

These backgrounds allow for a diversity of strategies and prevent players from being stuck running narrow, monocolored decks. Of the backgrounds revealed so far, many are solid utility pieces that likely won’t warp Constructed Commander.

In Limited, however, backgrounds will play a pivotal role in Draft. One lower-rarity piece that may be a consistent pickup in Battle for Baldur’s Gate Limited is the exclusive Dot Esports preview card, Far Traveler. 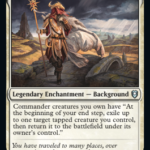 For an uncommon, Far Traveler is a nice background to include in any deck. This is a solid way to take advantage of creatures with enter the battlefield triggers. Getting multiple triggers of a key ability is the kind of repeatable value that is needed to win a Commander game.

The blink effect only happens if the creature is tapped. Far Traveler could be a good option for decks that focus on flying creatures. With evasive creatures, there’s less of a chance that the opponent can block and come out on top in combat. In Limited, getting a pseudo-vigilance effect by blinking a tapped creature could enable aggressive gameplans.

Other than attacking, there aren’t any main mechanics that make it easy to tap down a creature. When building a deck with Far Traveler in mind, look for creatures with activated abilities that tap them down as a part of the cost.

Become a traveler when Commander Legends: Battle for Baldur’s Gate is released globally on June 10.