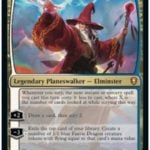 Scheduled to release on June 10, the Commander Legends: Battle for Baldur’s Gate (CLB) set contains a total of 361 regular cards. Two new mechanics will be introduced via the set, along with two returning favorites from the AFR and ELD sets. Gods from D&D have been included for the first time as legendary creatures and a cycle of Dual-lands has been included that can enter untapped if you have two or more opponents.

A total of 12 multicolored CBL legendary creatures were revealed today. Two are Gods that have manifested into Magic cards for the first time from the lands of Faerûn, and the others are a wide variety of creature types, from vampire to dragon shaman. 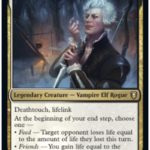 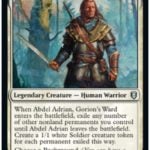 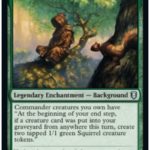 A total of two planeswalkers were revealed during the Baldur’s Gate spoiler stream. Minsc & Boo return to Magic, and Elminster is in the colors WB.

A total of four cards were revealed with the Adventure mechanic. The mechanic hits the flavor of Baldur’s Gate while bringing back one of the best mechanics from the ELD set. 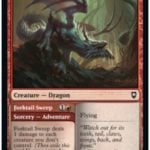 Similar to the Adventure mechanic, Die Roll from AFR returns as well. Only two cards were revealed with the Die Roll mechanic. 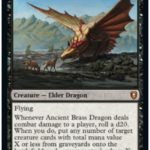 The Initiative is a new mechanic in Baldur’s Gate. A total of four cards were revealed that trigger the mechanic upon entering the battlefield or can activate it via a paid ability. 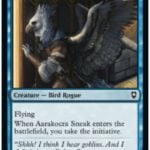 A total of 10 creatures were revealed. Similar to creatures in the AFR set, many of the creatures have named abilities that are for flavor purposes only. Paying eight mana also seems to be a common theme. 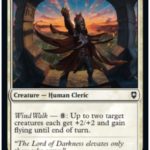 Popular reprints like Lightning Bolt are included in the CLB set, along with Modal Instant spells like You Look Upon the Tarrasque. 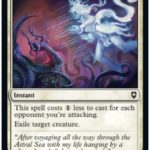 A cycle of Artifact Diamonds is included in the CLB set, providing mana for each of the five Magic colors. Artifact Equipment and a vehicle were also revealed during the Baldur’s Gate spoiler stream. 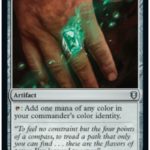 A cycle of Dual-lands is in the CLB set that enter the battlefield untapped if they have two or more opponents. The set also includes a Baldur’s Gate legendary gate and reprints like Comand Tower. 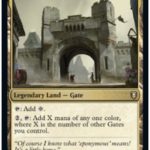