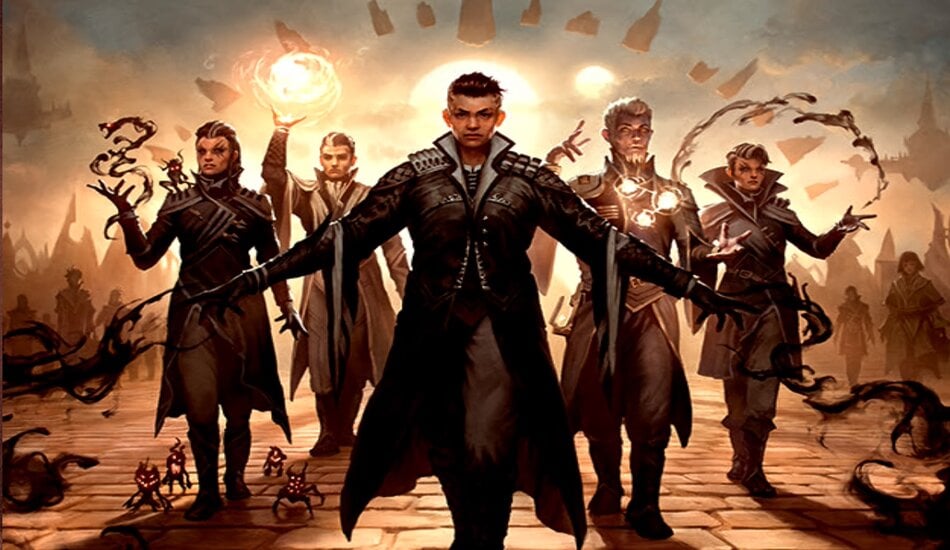 Magic: The Gathering players can go Aggro with Silverquill by using the colors Black and White in Strixhaven: School of Mages’ Limited format.

Based on the five colleges within Strixhaven: School of Mages (STX), the set has a total of five color archetypes in Limited, as opposed to the “normal” 10. Each college represents an enemy color pair, featuring two archetype themes, for a total of 10.

Silverquill College is founded in the Magic colors Black and White, and its mascot is Inklings. The archetype thrives as an Aggro build, packed with solid removal and creatures that can go over-the-top via Flying for those last points of damage. 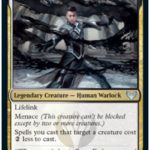 Silverquill College has three main Draft support cards: Killian, Ink Duelist, Silverquill Apprentice, and Spiteful Squad. Of the three, Killian is the strongest—reducing the cost of spells that target creatures (either an opponent’s creatures or your own) while using Lifelink in conjunction with +1/+1 Counters.

The second strongest Silverquill archetype support card is Spiteful Squad, a Warlock similar to Star Pupil who places its Counters on another target creature under that player’s control when it dies. Spiteful Squad also has Deathtouch, allowing it to apply early pressure to an opponent or block one of their key creatures.

Silverquill Apprentice slots into the spell-based archetype within Silverquill, using Magecraft to pump a target creature. The Warlock also works with the Counter theme as a two-drop with Star Pupil already on the battlefield. 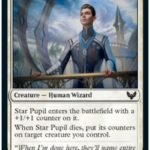 Star Pupil is indeed the “star” of the Silverquill Counter build, followed by Spiteful Squad. The Wizard pupil is a one-drop that enters the battlefield with a +1/+1 counter. Star Pupil is only a 1/1, but when it dies, its Counter can be placed on another target creature under that player’s control.

Eyetwitch, Unwilling Ingredient, and Clever Lumimancer are solid one-drops that can create havoc with Counters provided to them while applying early pressure. Removal also plays a key role in the archetype’s success, using spells like Humiliate to slow an opponent down while providing Counters to your team.

A key signpost toward playing Silverquill is seeing a Shaile, Dean of Radiance during a Draft. This rare two-drop with Flying and Vigilance adds Counters to creatures entering the battlefield by simply tapping. It also curves nicely into Shadewing Laureate, a three-drop 2/2 with Flying that places Counters on creatures when a creature with Flying dies. Spiteful Squad is the four-drop, providing defense via Deathtouch and placing more Counters on other creatures when it dies.

Guiding Voice is a decent Sorcery spell to add Counters and it has the Learn mechanic, allowing it to pull Lessons like Inkling Summoning from outside the game. 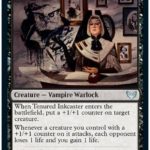 Tenured Inkcaster is a solid payoff in the Silverquill archetype, placing Counters on a target creature upon entering the battlefield. When a creature with a Counter attacks, each opponent losses one life while you gain life.

Dueling Coach is another payoff, providing mana-sink for Counters, that can make Flying creatures like Owlin Shieldmage powerful in the late game. And as an added bonus, the Bird Warlock uses the new STX mechanic, Ward.

Exhilarating Elocution is a Sorcery spell finisher, adding Counters to a target while pumping the team for a final attack. It also pairs well with Killian, Ink Duelist, reducing its cost by two. Promising Duskmage is another payoff, using Counters to draw a card when it dies. 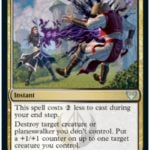 Silverquill College thrives because of its access to solid removal. Closing Statement removes a target creature or Planeswalker while adding a Counter on a target you control. Professor’s Warning is a solid combat trick, protecting key cards like Killian or adding a much-needed Counter.

Bomb removal to keep an eye out for includes Vanishing Verse, an Instant spell that’s able to remove monocolored permanents for only two mana. And Blot Out the Sky synergizes with the Flying and Counter theme of Silverquill while also providing a board sweep option.

Other solid removal cards to grab include Flunk and Mage Hunters’ Onslaught, which are spells that will keep your opponent from gaining an advantage.