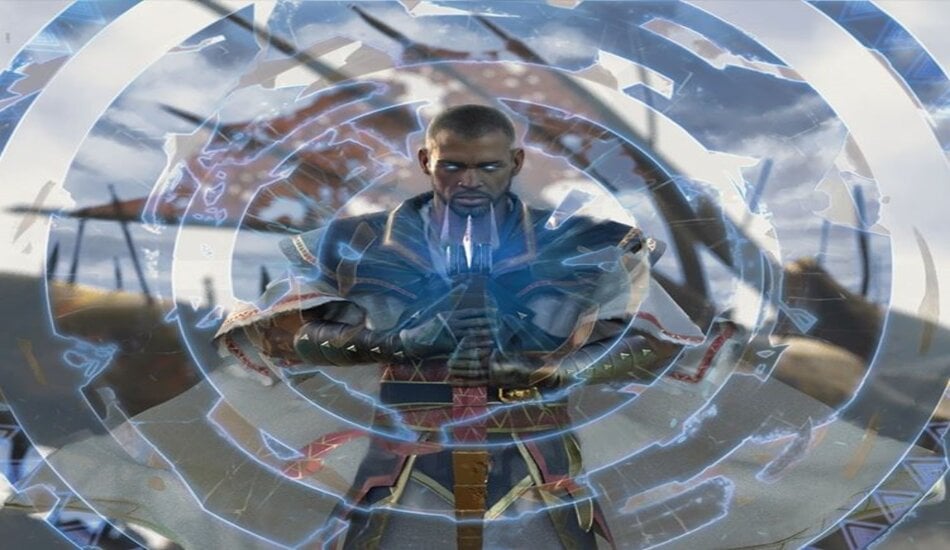 The new Jumpstart event has launched in MTG Arena. But with over 46 themes, players want to know which packs are the best to choose.

Each Jumpstart pack contains 20 cards, with some featuring Mythic Rare and Rares. Players get to choose two themes to play, forming a 40-card preconstructed deck to compete in the Jumpstart event. You also get to keep the cards from those preconstructed themed packs and can play them in the Historic mode. A full rundown on how to play Jumpstart can be found here.

The goal behind Jumpstart is to provide players with a variety of decks, 121 possible card lists to be exact. But not every theme can be considered the “best.” Players also should consider what cards are within certain Jumpstart boosters to maximize their value. Some themes have multiple decks, offering a variety of cards between them, while others, like Chandra, have only one build.

From Elves and Burn to Vampires and good old Teferi, here are the best value Jumpstart packs in MTG Arena.

There’s only one Chandra deck and it’s a doozy if Burn and Aggro fit your playstyle. The two key cards that a player can obtain from choosing Chandra are Chandra Heart of Fire (Mythic Rare) and Chandra’s Incinerator (Rare). The deck also features creatures like Young Pyromancer and Chandra’s Pyreling. And to burn your opponent, there’s Flames of the Firebrand, Pillar of Flame, and Hungry Flames.

Elves have two decks, one featuring Allosaurus Shepherd and the other with Craterhoof Behemoth. The Craterhoof Behemoth deck also contains Elvish Archdruid, a powerful Rare that provides all elf creatures you control with +1/+1. It’s hard to go wrong with Elves, considering they’re one of the best tribal themes in Magic. And once you collect the first deck, you’re guaranteed to collect the second when the option becomes available again.

Similar to Elves, Angles have two preconstructed decks in Jumpstart, along with a solid tribal theme history worth building around. The first deck contains Baneslayer Angel, a 5/5 Mythic Rare who has Flying, First Strike, Lifelink, and protection from Demons and Dragons. And the second deck features Linvala, Keeper of Silence, a Mythic Rare Angel who prevents your opponent’s abilities from being activated. Both decks contain Serra Angel, a solid 5CMC 4/4 flyer with Vigilance, and Emancipation Angel.

Vampires have a long history in Magic. The span of Vampires runs deep, producing a total of four Jumpstart decks highlighting their power. Vito, Thorn of the Dusk Rose, a Rare from M21, is in two of the decks. But the other powerful Vampires at Mythic Rare and Rare are only found in one of the four. These include Exquisite Blood, Drama, Liberator of Malakir, and Sangromancer.

If playing Green is your thing, then Garuuk is worth choosing. Similar to Chandra, the powerful planeswalker only has one deck that contains Garruk, Unleashed, and Garruk’s Harbinger. Other cards that pump up Garuuk’s deck include Drowsing Tyrannodon, Hunter’s Insight, and Garruk’s Uprising.

Teferi has already proven his power in Standard and picking up the time-warping planeswalker in Jumpstart is always a solid option. As with all the planeswalker-themed builds, there’s only one deck containing Teferi, Master of Time and Tefier’s Ageless Insight. The deck also features Sage’s Row Savant, a 2/1 who will scry two upon entering the battlefield, and spell ramp assister Vodalian Arcanist.

The Jumpstart event in MTG Arena runs from July 16 to Aug. 16. Players can also forgo the event and unlock cards to play in Historic via wildcards. Every preconstructed Jumpstart deck can be found on the Wizards of the Coast Magic website.