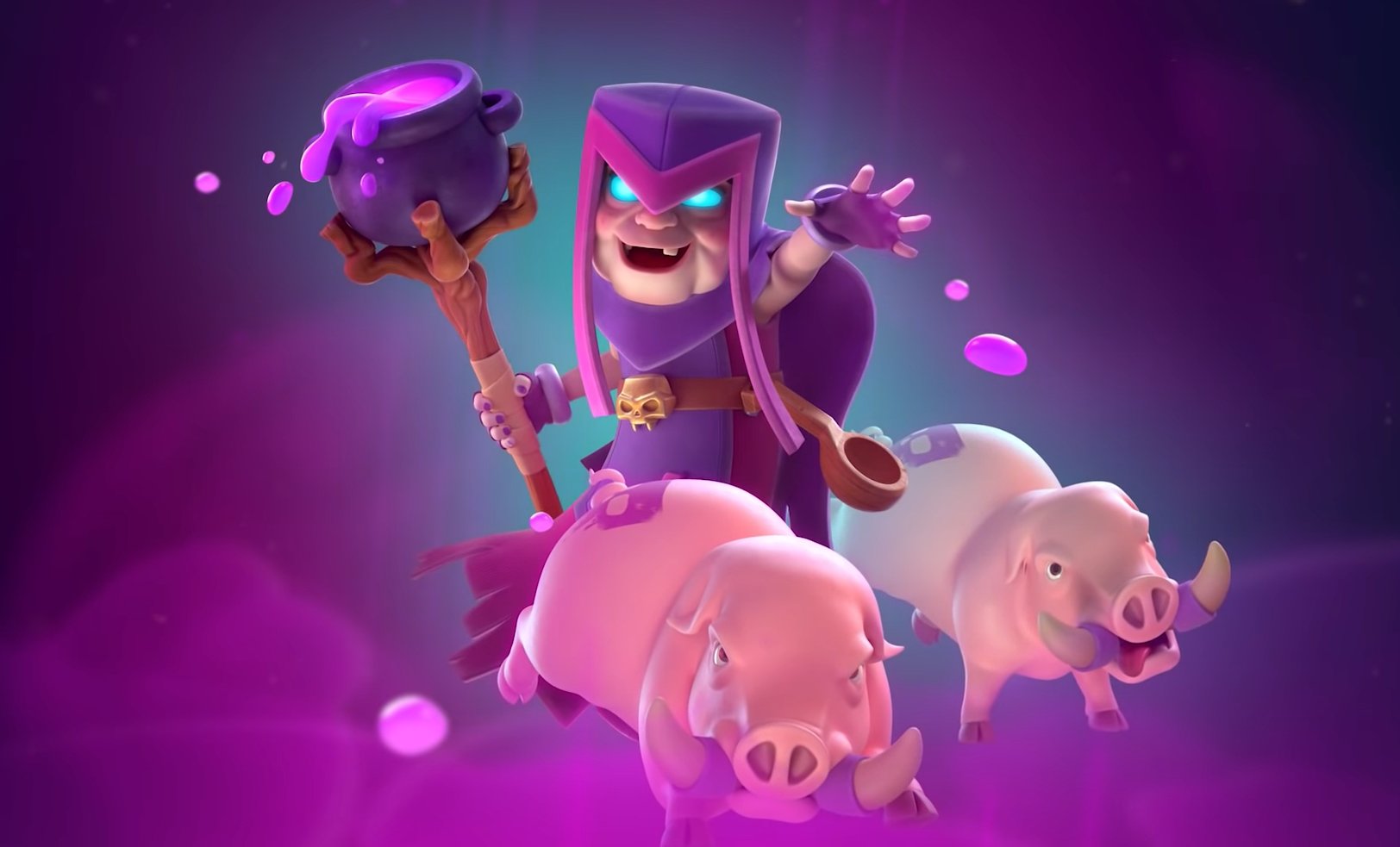 The Mother Witch is the first legendary card to drop into the game since the Fisherman last year. She adds a new mechanic to the game, in which her attacks curse enemies. When these cursed enemies are killed, a hog is spawned in its location. She costs four elixirs and doesn’t do any splash damage.

When will Clash Royale’s season 18 begin?

With the new season, a new Royale Pass will also be dropping into the game. It has two variants: a paid version and a free one. The paid version costs $4.99 and offers much better rewards. The Royale Pass contains 35 tiers of rewards. Players have to collect crowns by playing matches to advance through these tiers.

Two new tower skins and five emotes will be coming with season 18. The tower skins are the Clashmas Sled (available at tier 10 of the Royale Pass) and the Logmas (available in the shop).

The arena for season 18 is called the “Logmas Arena.” It has a Christmas-theme to it with ice and snow everywhere.