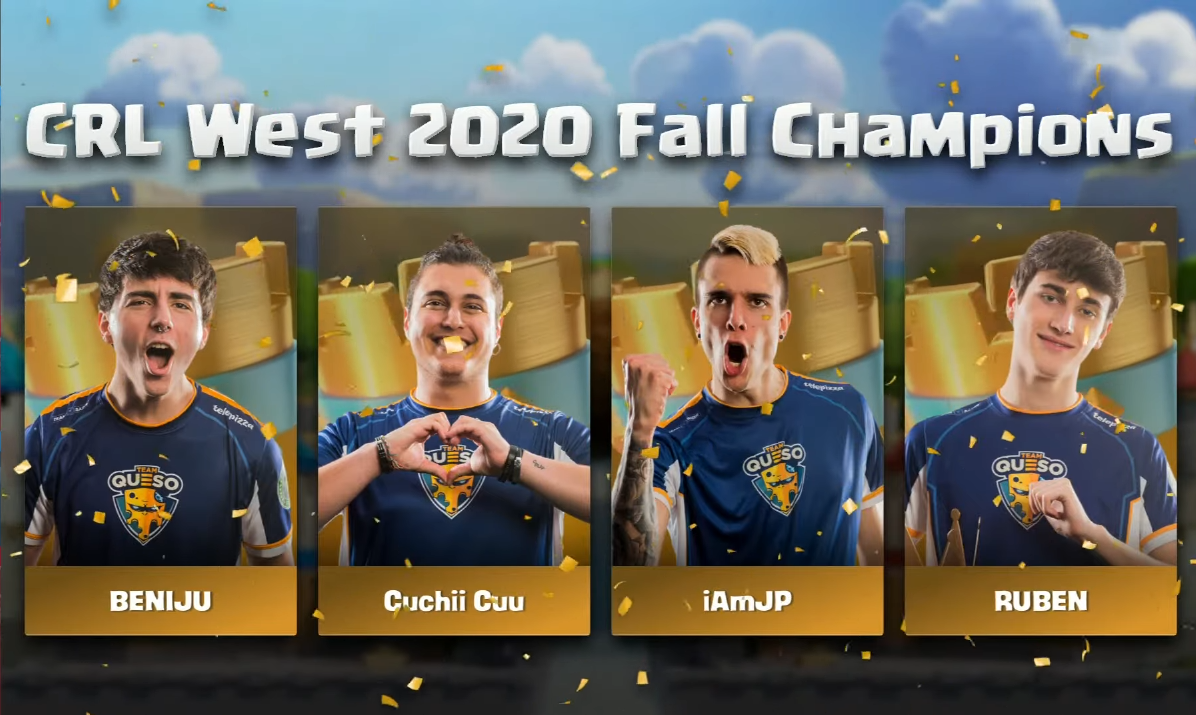 Team Queso has been crowned the winners for the fall season of the Clash Royale League (CRL) West 2020. The European squad triumphed over SK Gaming 3-2 in an intense final to take the victory. They have pocketed $81,000 with this win.

Coming into the finals, SK Gaming were the favorites to win after having a tremendous season having dropped only two games. Team Queso, however, were the dominant squad today.

Related: Clash Royale League World Finals 2020 will not have a live audience

Here are the set-wise results of the finals.

Set five: King of the Hill

IAmJP was awarded the MVP for the finals. The player had played amazingly today winning a one-vs-one set and taking the king of the hill set alone as well.

Today, Tribe Gaming and paiN Gaming also faced off for third place. Tribe dominated in the match, taking the series 3-0.

The top four teams of the CRL West fall season 2020 will now represent the region at the World Finals next month. Team Queso, SK Gaming, Tribe Gaming, and paiN Gaming will face four more Eastern teams in the world finals on Dec. 5 and 6 to decide the 2020 world champions.