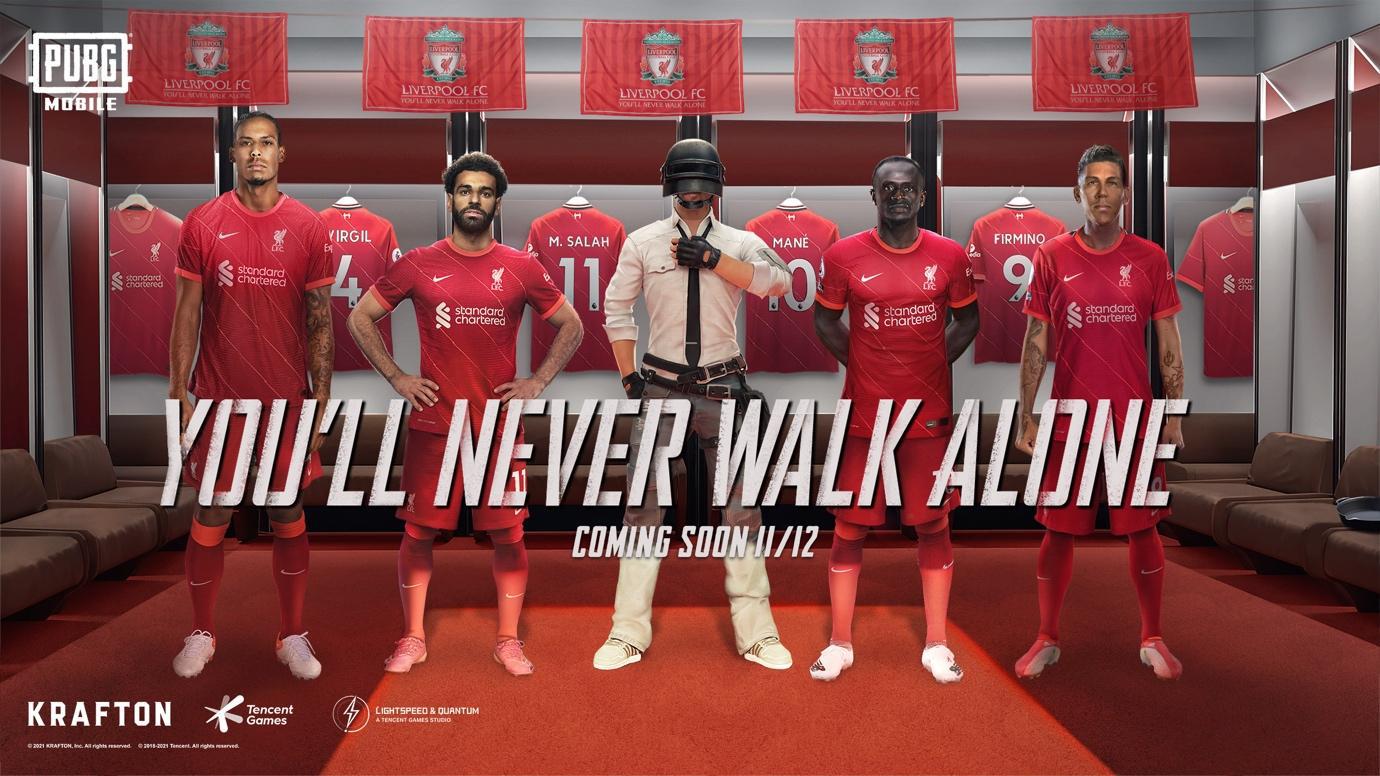 PUBG Mobile unveiled its collaboration with the world-famous soccer organization Liverpool FC. Starting on Nov. 12, fans of the English club will be able to collect in-game kits and exclusive items. This is the first time PUBG Mobile has partnered directly with a football club, so players can expect an event full of themed content.

“This is a great opportunity for fans to show their love for the club and interact with Liverpool in one of their favorite platforms, taking the physical interaction nature of the sport to the digital interactive world of videogames,” said Drew Crisp, senior digital vice president at Liverpool.

On Nov. 12, players can participate in the in-game event to earn a permanent backpack. They will have until Dec. 20 to enjoy having their favorite club in the battle royale. This collab is part of the new 1.6 update, which brings many new features to PUBG Mobile.

Other previous partnerships signed by PUBG Mobile were Alan Walker, McLaren, The Walking Dead, and others. The collab with Liverpool is part of the strategy to bring players’ hobbies and interests in real life to the battle royale. Liverpool FC is considered one the biggest Premier League clubs and has titles such as the FIFA Club World Cup and the UEFA Champions League.