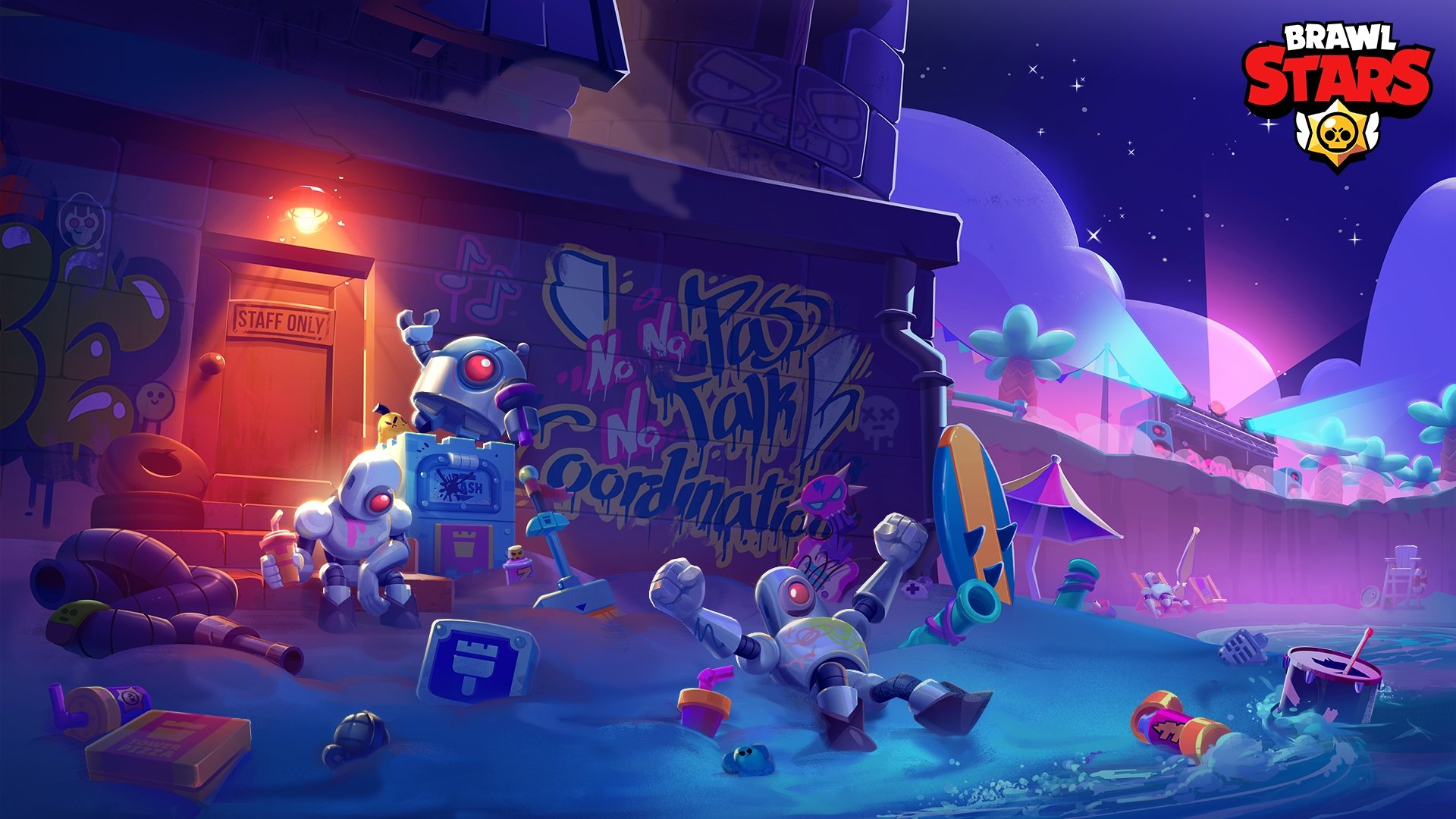 The next episode of “Brawl Talk,” the showcase video that usually presents the upcoming seasons of Brawl Stars, is set to happen tomorrow, Aug. 21, Supercell announced on Twitter earlier today.

Supercell hinted at the appearance of the next Brawler with a silhouette in the video’s thumbnail. The episode will be broadcast on YouTube.

If fans don’t want to miss out on the potential reveals, they can turn on notifications to be informed as soon as the video goes live. It’s set to be released on Aug. 21 at 10am CT.

Not much has been revealed about the upcoming season yet, but characters like Jessie, Penny, Crow, and Robots could be remodeled in the future, according to Brawl Stars’ game lead Frank Keienburg. Based on the teaser posted earlier today, the robots lying around could hint at potential adjustments in the next season.

The image certainly refers to the recently released music video for “Bad Randoms,” which shows a song performed by a band consisting of Stu, Buzz, and Poco. The tweet from the official Brawl Stars account earlier today says “There’s always a story to be told after a concert.”

The video’s thumbnail, on the other hand, hints at a medieval fairy tale theme for the upcoming season, with the title “Once upon a Brawl.” The weapon of the next Brawler could be the knight-style half-buried sword shown in the teaser since it resembles the form of the silhouette and suits the theme of the video.

Brawl Stars fans should learn more about anything new coming to the game when the next episode of “Brawl Talk” goes live tomorrow at 10am CT.