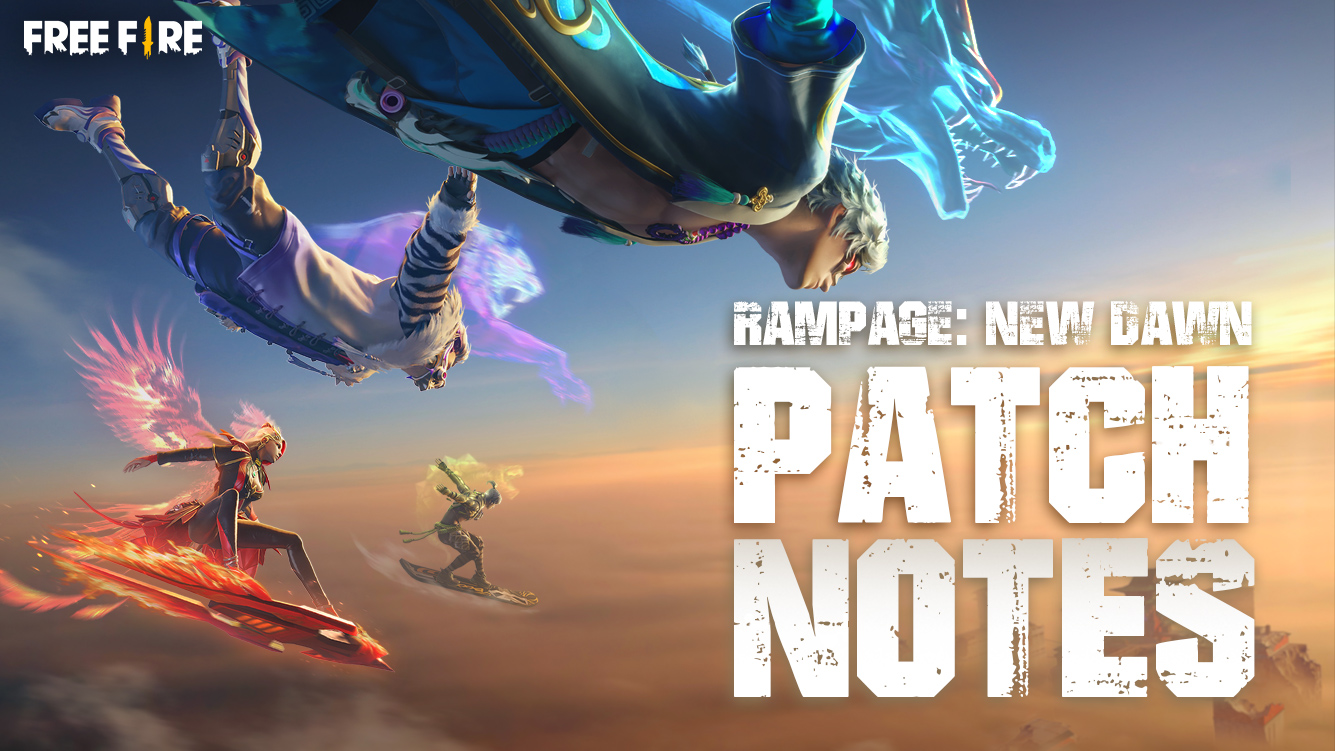 Free Fire’s OB28 update dropped today and the patch notes and new features have been revealed, confirming many leaks from the Advanced Server. The new update is named after the recent campaign announced by Garena, Rampage: New Dawn, which will bring a new game mode and theme song by DJs Dimitri Vegas and Like Mike.

Related: Free Fire is getting a collaboration with Street Fighter V

One of the highlights of the OB28 update is the new character D-Bee. The dancer and music creator will be available soon with its Bullet Beats skill that increases movement speed up to 15 percent and accuracy up to 35 percent when firing while moving. A new pet is also coming to Free Fire, Dr. Beanie, which increases movement speed up to 60 percent when in the crouched position.

Two new weapons are also coming to Free Fire with the Rampage: New Dawn update. The Ice Grenade will explode and leave an aura that deals damage over time after the explosion—a good option to force enemies out of their hiding places. The Mini Uzi is a secondary weapon with SMG ammo with high rate of fire and accuracy.

Some weapons were adjusted to become more efficient: the M1917, Kord, M60 and Kar98k.

In Clash Squad mode, Garena revealed season seven starts on June 9 and players that rank up to Gold III or higher will receive a Golden M1014. The CS mode will now have the Grandmaster rank, exclusive for players who are in the top 1000 in Heroic.

All details of the OB28 update patch notes are on Free Fire’s official blog post.