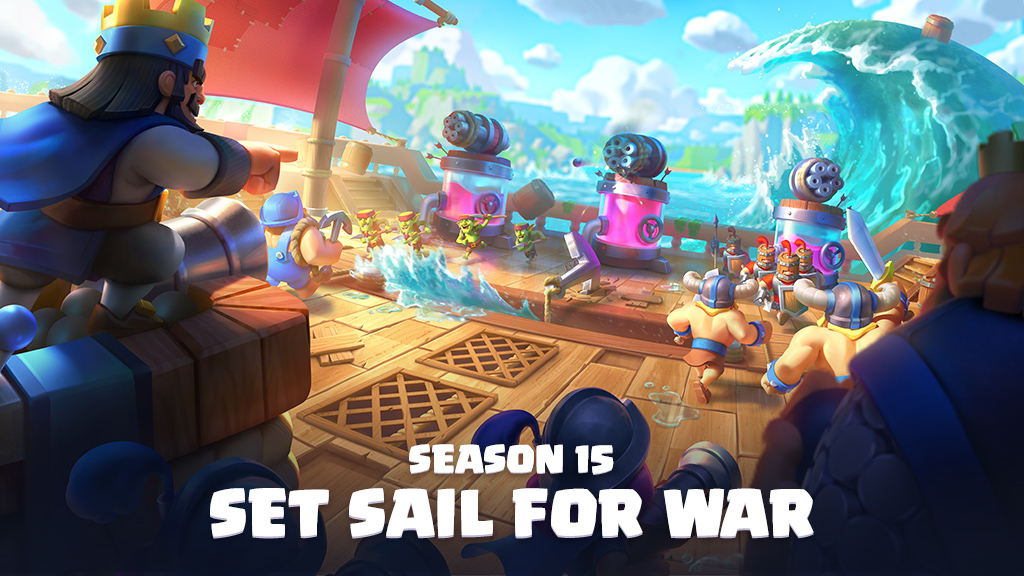 Clash Royale‘s latest season, Set Sail for War, launched earlier today without the need for maintenance. Players didn’t even need to download an update to receive the most recent changes to the hit mobile game.

The new season is Clan Wars-themed. The second version of Clan Wars was introduced several weeks ago with a new river system that brings plenty of game modes, challenges, and distinct phases.

As usual, a new Royale Pass has entered the game with new rewards for free and more for pass owners, including a tower skin that transforms it into a fortified castle, plenty of chests and tokens, as well as a goblin emote. The pass is made up of 35 tiers that are completed by earning 10 crowns each.

Any crowns earned beyond those tiers will be added to the bonus bank to earn gold at the end of the season. The upgrade of the pass costs $4.99. It can’t be bought with gems, though.

Players who don’t own the pass will get more rewards than in previous seasons, including chests and an exclusive tower skin called Clan Boat Bastion.

A new legendary arena also made its way into the game. It resembles a boat deck and was originally introduced in season one. In addition to those changes, the meta will shift with this new season. Zappies, Bomber, and Fire Spirits received buffs, while the Heal Spirit got nerfed.

Guards is the new boosted card, which means it’ll be elevated to each player’s King Level for the duration of the season.

Meanwhile, several significant chests can be unlocked for free in the shop for two days, on top of the usual daily deal. Chests that are opened in the 24 hours following the launch of Set Sail for War will be unlocked in half the time as a temporary bonus to celebrate the new season’s arrival.