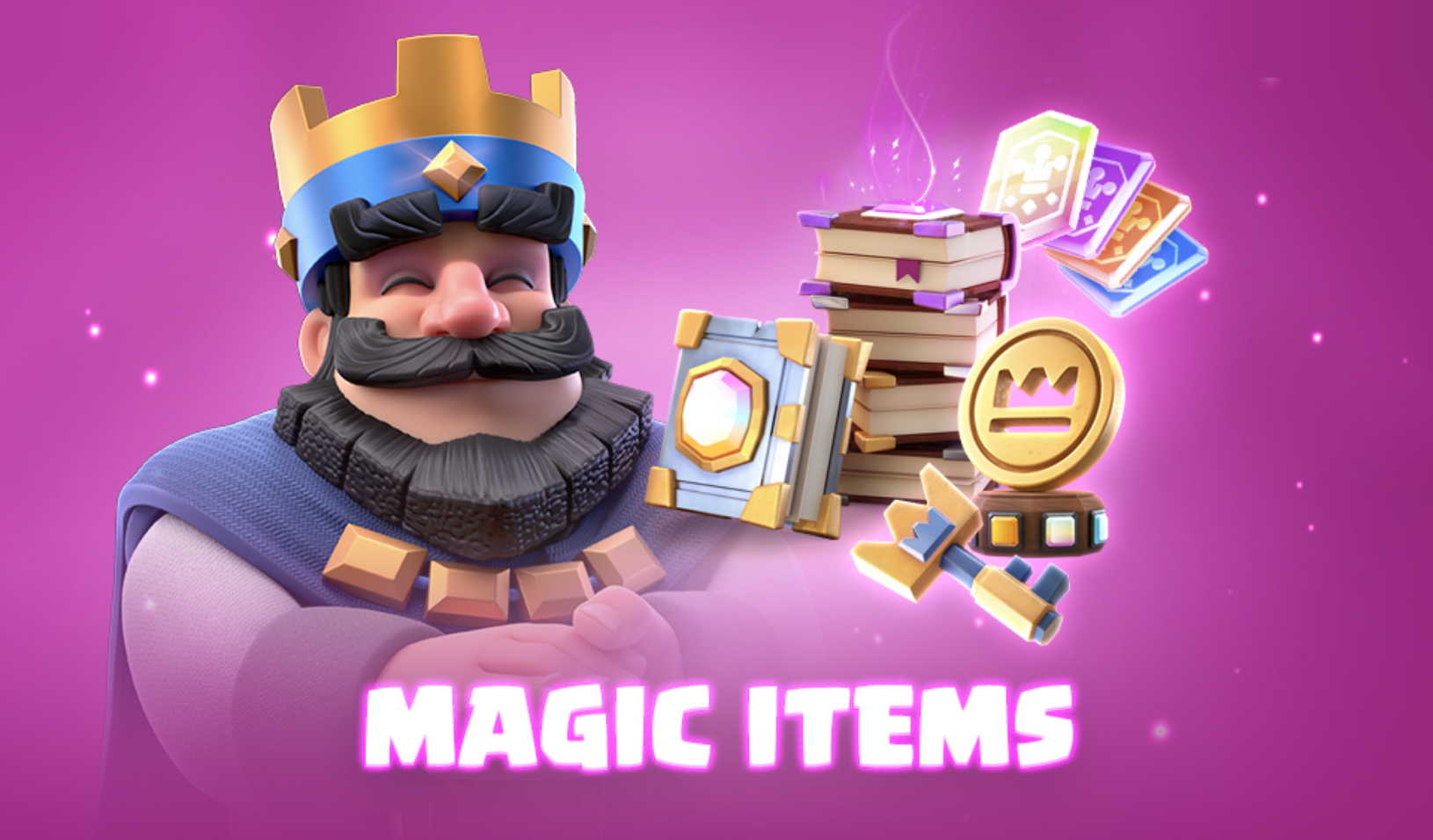 Clash Royale’s season 22, called P.E.K.K.A’s Playhouse will begin on April 5. Ahead of it, Supercell has released the Magic Items update which contains a lot of new features.

There will be five Magic Items in Clash Royale. These will help players upgrade their cards and open chests. The items have been added to streamline progression in the mobile game.

With this update, Supercell is also making balance changes to Clash Royale for the first time in three seasons. The developers have begun balancing the game every quarter instead of monthly changes.

Where to get Magic Items?

The following Magic Items are being added as free rewards:

The following Magic Items are being added to the Pass Royale rewards:

Wild Cards have been added to both Pass Royale rewards to replace random card stacks.

The following are most likely to appear in Challenge rewards:

Magic Items in the Shop

The following Magic Items will appear in the Shop:

Going Above The Inventory Limit

The following scenarios take place after dismissing the notification mentioned in “Hitting The Inventory Limit.”

Supercell has simplified the way that Fame is awarded. This will help Clans calculate exactly how much Fame they need/which battles to pick before playing.

The following cards are receiving balance changes this update.

Other Changes and Bug Fixes