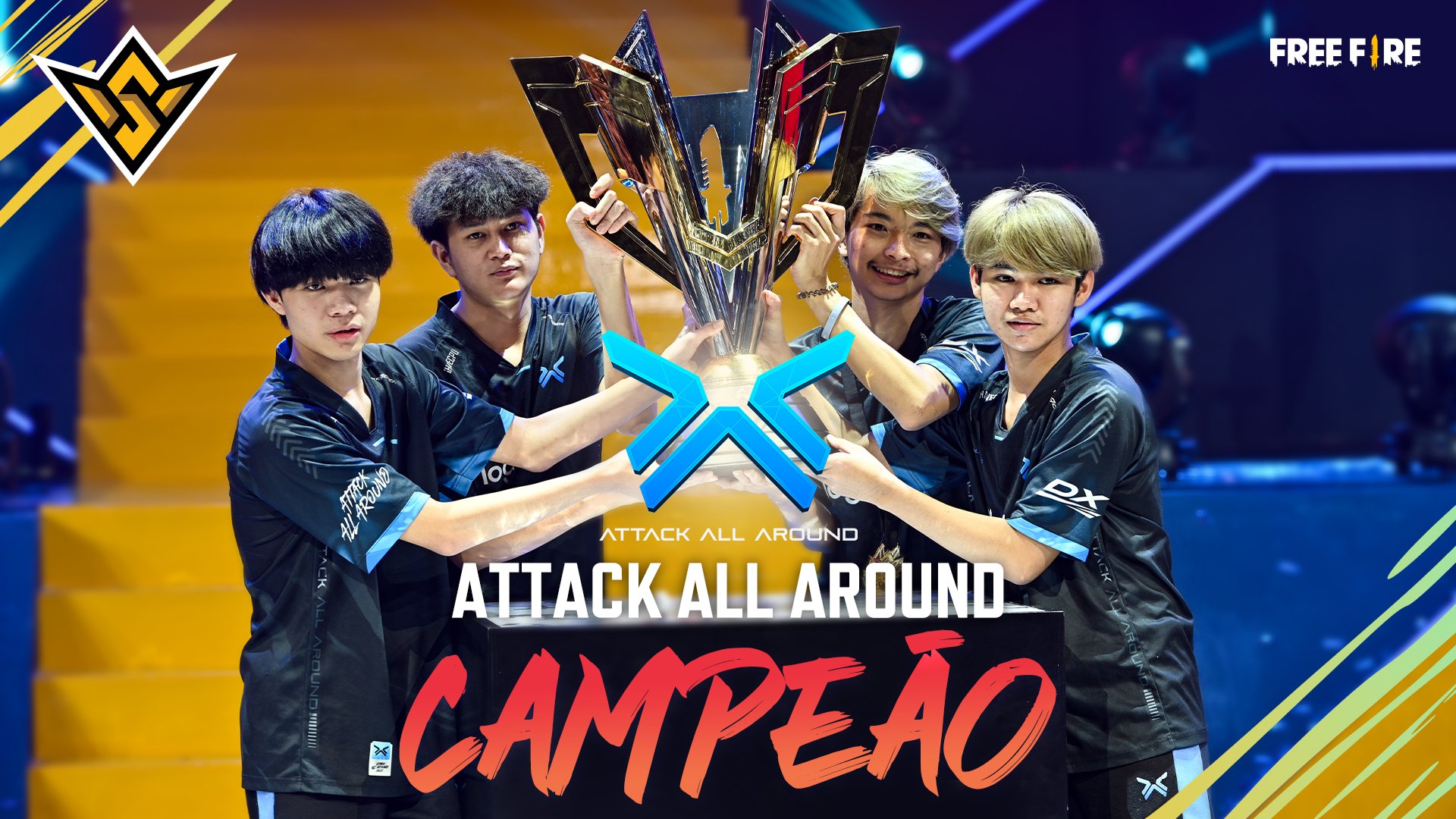 Thailand’s Attack All Around mounted a stunning comeback victory in the grand finals of the Free Fire World Series (FFWS) Sentosa 2022 on Saturday, triumphing over defending champions EVOS Phoenix by just one point.

Attack All Around were the second seed from Thailand, and competed in the play-ins stage last week to make it to the finals. Heading into the last game of the finals, the other Thai representative and defending champions, EVOS Phoenix, were leading the standings by 15 points and seemed set to take the trophy home.

The last game proved to be detrimental for them, however, as they were knocked out in last place with zero kills. The result meant they couldn’t get a single point from the match. Attack All Around capitalized on the opportunity, putting up a strong performance to finish in second place with six kills. The final game results saw them pick up 16 points to be crowned the FFWS Sentosa champions.

Europe’s Vasta Mundo finished ahead of Brazilian representatives Vivo Keyd to wrap up the podium finishes. Attack All Around will walk away with $500,000 while EVOS Phoenix will pocket $250,000. Vasta Mundo and Vivo Keyd will get $100,000 each for placing third and fourth, respectively.

Here are the overall standings of the FFWS Sentosa Finals.