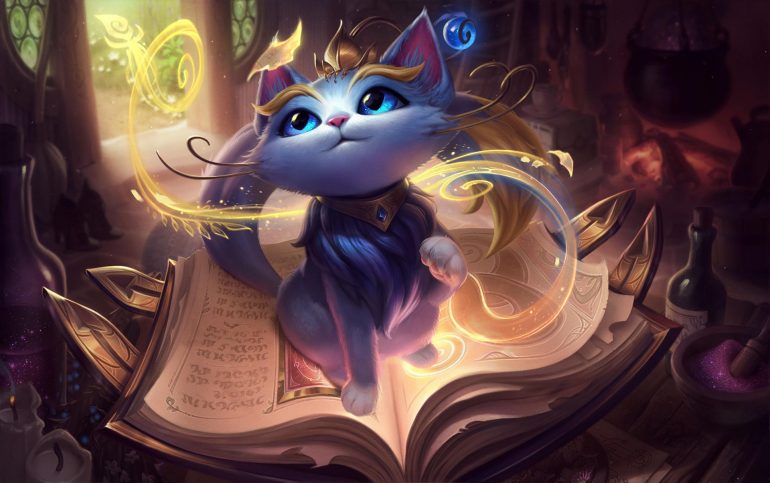 Yuumi, the Magical Cat, was revealed as League of Legends’ latest champion earlier today. Of course, this didn’t come as news to most of us because her image, ability icons, and some in-game footage were leaked a few days ago.

Now we know exactly what happened. And it’s going to sound like déjà vu for League fans, because the leak happened in the same way that Akali’s VGU form was inadvertently revealed last year. Both times, the issue involved an unlisted YouTube video.

According to a YouTube video by Nasteey, a member of the League Partner Program, he flew out to Riot’s studios to play-test the new champion. He captured gameplay, made a guide, and was supposed to edit everything himself under a nondisclosure agreement (NDA).

But he also needed to have the final video approved by Riot. So he uploaded it to YouTube as an unlisted video. The problem was, unlisted videos are still viewable to the public if they’re included in a playlist. He didn’t know that, and by the time he found out, the video had 20 views. For a while, nothing happened, but then images from his video starting popping up on the internet and all hope of containment was lost.

This is exactly what happened when Professor Akali, another streamer who’s part of the LPP, leaked the Akali VGU update last year. The entire Akali video was leaked in that instance, so at least this leak was comparatively more minor. In both cases, Riot determined that it was an honest mistake.

But Riot really needs to step its game up. There are many ways to share videos online privately through file transfer or a drop box. There’s no reason at all for someone to upload it to a site like YouTube to get Riot’s approval. Revealing content through partner creators is a great idea—one that competing studios like Blizzard have been doing successfully for a long time. This isn’t that hard.

The hope is that Riot doesn’t pull the plug on this altogether and instead creates a process that avoids headaches like this. We’re glad that the company is supporting its content community in this way, and want to see it continue. Yes, it was the creators who screwed up on these two leaks, but Riot has plenty of eggs on its face, too.