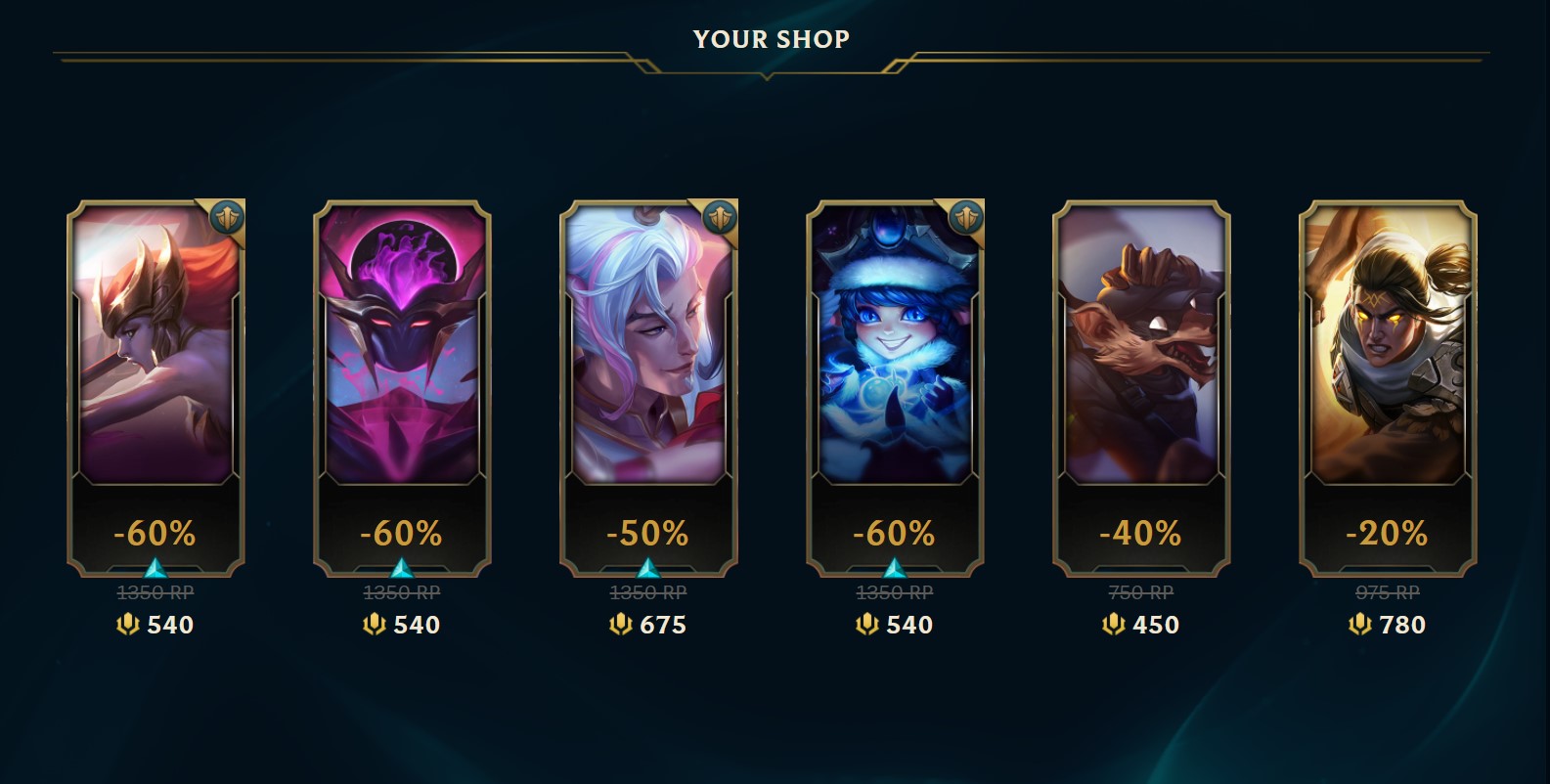 Your Shop, the personalized skin sale promotion for League of Legends, is live in the game’s client once again.

Your Shop gives players discounts on skins that are personally chosen for them based on their champion pool. Six skins will be available in Your Shop, with the champions they’re for revolving around your most-played picks.

Epic and Standard skins, which cost 1,350 and 975 RP, respectively, are most likely to appear in Your Shop. Skins classified as Legendary and above are less likely to show up in Your Shop since higher-priced skins rarely receive a discount from Riot Games. So, if you’re an Udyr player expecting to see his Spirit Guard skin make an appearance at a lower price, it wouldn’t be wise to get your hopes up, although it is possible.

Despite the fact that pricier skins aren’t going to likely appear in Your Shop, limited-time skins, such as those associated with holidays or in-game events, can be a part of the promotion. For example, if you missed out on a winter-themed skin that won’t be back around until December, now would be a good time to jump on a potential sale. Furthermore, any skin currently on sale in the League client store can’t appear in Your Shop.

Your Shop will be live in League until May 30 at 12pm CT.