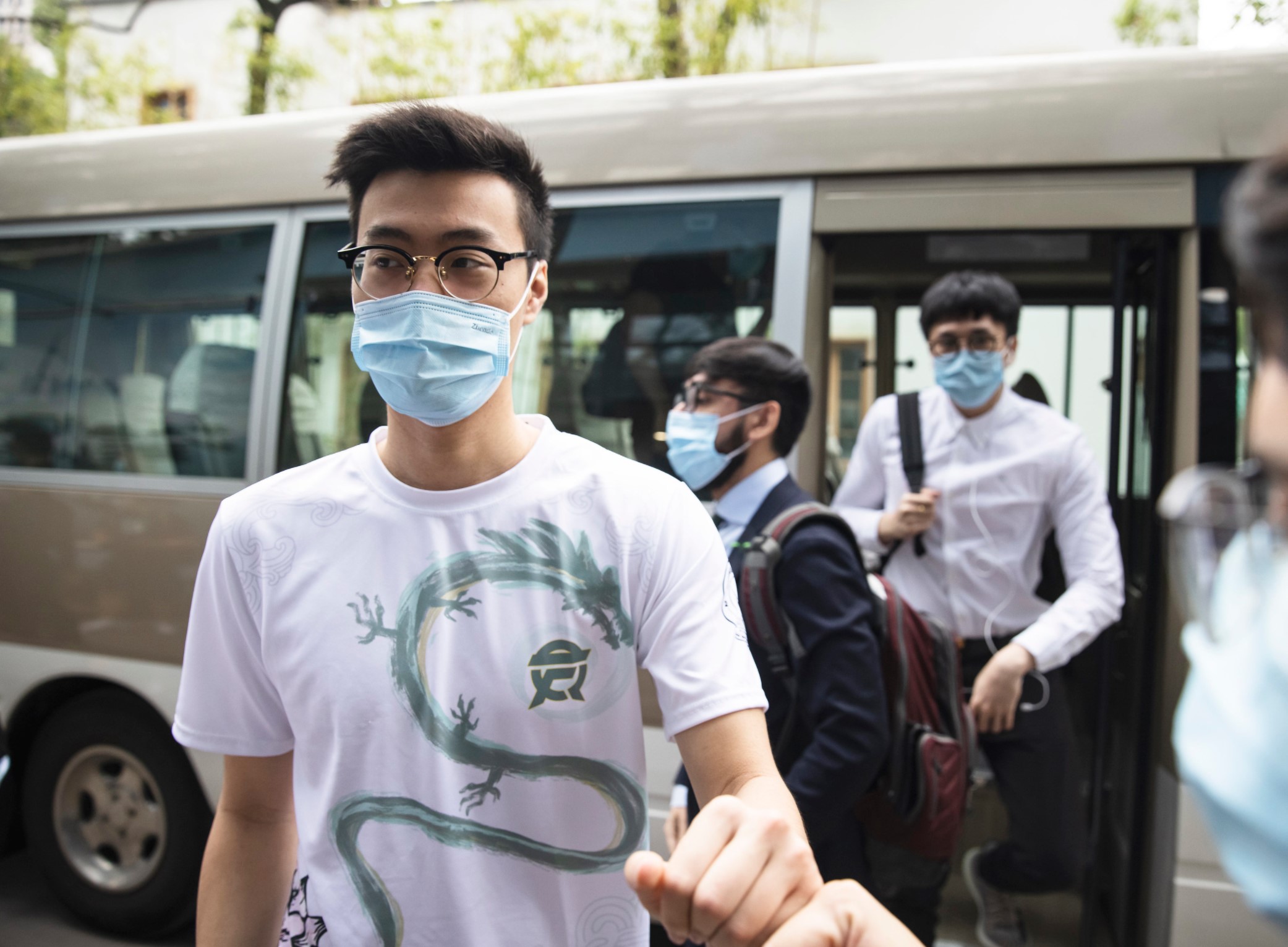 Narratives were broken, streaks were ended, and clear contenders rose to the top of their respective groups today on the third day of the 2020 League of Legends World Championship group stage.

As North America’s winless drought came to an end courtesy of FlyQuest, Korea’s perfect run at the tournament was thwarted when DRX fell to Top Esports to close out the day’s games. Here are some of the top storylines from the third day of the main event at Worlds 2020.

It took the region six tries, but North America finally found its first win in the main event’s group stage today when FlyQuest toppled over Unicorns of Love in a back-and-forth 36-minute battle. Don’t be fooled, though. It certainly wasn’t easy for FlyQuest. There were points in the match where UOL looked like the superior team with a superior team comp, but FlyQuest managed to grasp victory from the jaws of defeat, holding the Unicorns off from obtaining an infernal soul on multiple occasions.

The game was highlighted by mid laner PowerOfEvil and his 9/3/3 scoreline on Syndra—a total juxtaposition to top laner Solo and his scoreline of 2/9/6 on Renekton. Despite showcasing the duality of man to the fullest extent against UOL, FlyQuest pulled it together in the end through a mix of focused objective control and strong teamfighting.

Now, after three days of play, North America has a combined record of 1-5 across its three representatives in the Worlds 2020 group stage. And while there’s still so much ground for FlyQuest, Team Liquid, and TSM to make up, many NA fans are happy to see the region finally get on the board.

In stark contrast to North America, Korea has been completely dominating the field at the World Championship. Heading into today’s schedule, Damwon Gaming, Gen.G, and DRX had put up a combined record of 5-0. That streak was extended when Damwon claimed victory over PSG Talon earlier in the day, leaving the fate of the unbeaten LCK in the hands of DRX.

But the region’s second seed was facing a much more difficult opponent in the LPL’s Top Esports. Throughout the majority of the game, though, it looked like DRX were going to pull off the biggest win of the tournament thus far. With unconventional picks like Quinn from Doran and Draven from Deft, DRX seemingly caught Top by surprise and used that advantage to edge out the LPL’s first seed across nearly the entire game.

It wasn’t until the late game when TES woke up and brought any talk of an upset to a screeching halt. A late-game four-for-zero teamfight from Top put DRX in a hole they couldn’t climb out of. As a result, DRX (1-1) are now tied for second place in Group D alongside FlyQuest. The LCK as a whole has a record of 5-1 after three days of play at Worlds 2020.

G2 emerge as early favorite in Group A

Group A has been the most explosive group at the World Championship thus far—and no team has been more incendiary than G2 Esports. The top seed out of the LEC has jumped out on top of the group early with a 2-0 record through the tournament’s first weekend and it doesn’t look like the squad has any intentions of dropping off, either.

After a monumental win over Suning in what was perhaps the most exciting game of the entire 2020 season, G2 came right back with a statement victory over Machi Esports on day three.

Tomorrow, G2 will face off against Team Liquid in an attempt to make a perfect run through the first round-robin of the group stage. The European champions have a chance to completely roll over Group A if they continue to play at the pace they’re winning at right now—and there’s no reason to believe that G2 should slow down any time soon.