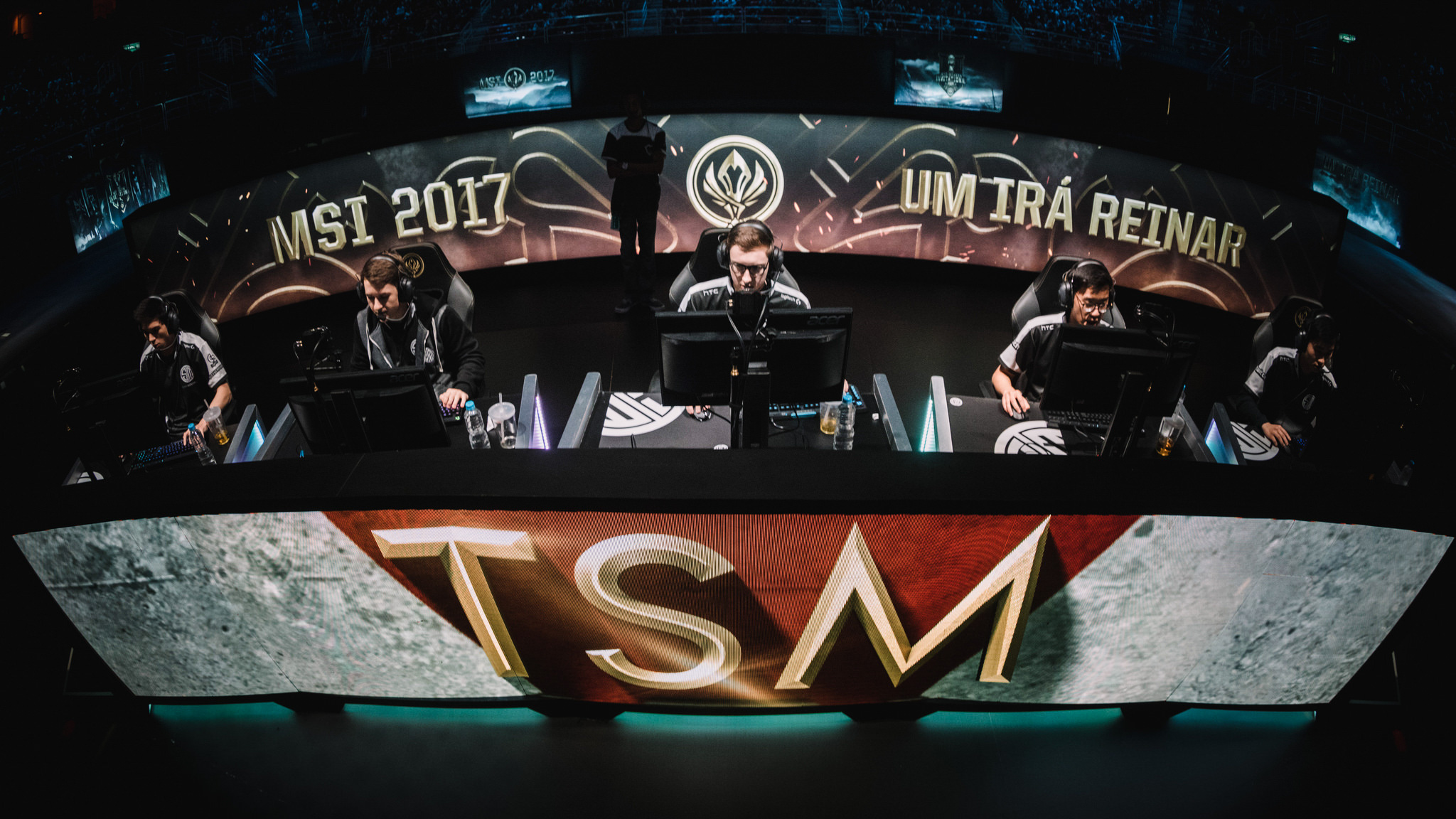 For a hot moment, TSM fans were left wondering when the LCS team signed a third jungler on Saturday. But everything was made clear when TSM updated its social media with the news that starter Jonathan “Grig” Armao had been dealing with an injury, forcing backup Matthew “Akaadian” Higginbotham to step in with the LCS starters.

Having three players at one position has become relatively rare for top-level League teams. At its surface, this makes sense: Going two deep at each position allows teams to scrim internally and field a full roster for Academy league games.

But go a step further, and the logic starts to break down. TSM may have stumbled on a secret OP strategy—the question is, do they know it?

A relic of the past

The reason that two-deep rosters have become commonplace in professional League has less to do with logic and more with how things used to be. Before Academy, teams below the top levels would compete in regional Challenger leagues where real money was on the line. The rewards for winning could be huge: Top Challenger teams could win LCS slots. That in itself is a throwback to the way esports used to run, when player-formed teams entered big tournaments by winning qualifiers.

The promotion battles to get into the LCS used to be a big deal. LCS slots could sell for over $1 million before franchising. Some LCS teams would even field Challenger rosters full of former LCS pros, all in a bid to win a second slot and sell it to the highest bidder. In that context, it would make sense that you’d want a balanced roster. Nobody wants to go into a best-of-five with $1 million on the line with two junglers and no mid laner.

But those promotion battles are now a thing of the past. The Academy leagues serve only as player development tools, both for younger players and to help the LCS players prepare. And in that context, having one player at each position may not make sense anymore.

What are they really getting?

TSM is actually an ideal test case for this theory. For years, the team has been built around superstar mid laner Søren “Bjergsen” Bjerg. The game has evolved, but in a lot of ways, TSM has retained their “SoloMid” mindset.

So if Bjergsen is the franchise guy, the person everything is built around, does it really make sense for the team to have a backup mid laner? Sure, it’s nice insurance. After all, Bjergsen has dealt with wrist problems of his own in the past. But it’s been years since he’s been adversely affected by injuries.

Even then, it’s unclear how much having a backup to Bjergsen would actually help. If Bjergsen ever went out and TSM had to bring in a replacement player, mid laner or not, there’s a good chance that their entire gameplan would have to change. For a team that’s dead set on doing well at Worlds, and not just in NA, what difference does it really make if Bjergsen can’t go?

The other thing that having a full 10-man double-stacked roster provides is the opportunity to host in-house scrims. That’s actually a good idea, and most teams are doing that in some fashion already. They might be worried then that having a mishmashed Academy roster could disrupt the legitimacy of those scrims. But that thinking belies the true objective of scrims. And that’s something that TSM also has intimate familiarity with.

Before 2016 Worlds, videos leaked of TSM’s scrims vs. SK Telecom T1. Fans might have been surprised to learn that TSM stomped SKT not once, but twice. But a careful look at the video indicates that things aren’t quite as they seem.

Game after game, SKT jungler Bae “Bengi” Seong-woong played crazy aggressive, constantly invading the TSM jungle with limited vision and lane support. It was a dramatic difference from the way Bengi typically played. It was also an important insight into how SKT viewed scrims.

SKT didn’t send Bengi on suicide missions because it’s a solid strategy they wanted to try. Instead, they used it to gather information on their opponents. They didn’t care that Bengi kept dying—they wanted to see how TSM would react to that type of pressure in their jungle. They were more concerned with learning than winning. When the actual tournament started, SKT played like their usual selves and won once again. As for TSM? Let’s just say they weren’t so lucky.

If the objective of scrims is to learn and grow, what difference does it make that the Academy side has two junglers, or two supports, or three top laners? In fact, a case could be made that, by forcing players to learn different positions, learning actually accelerates. It gives the Academy and LCS teams different looks and allows teams to better assess which combinations work on the Rift.

The point isn’t that TSM, or any other team, should field three junglers, or four supports, or an Academy roster of only solo laners. It’s that the old way of doing things is just that—old. Doing things for the sake of tradition is the surest way to stop progress.

Instead, every team should look at the players they have and come up with an Academy strategy that makes sense. If you’re 100 Thieves and you have bot laner Bae “Bang” Jun-sik signed for a couple of years, maybe you add another jungler to the Academy mix to strengthen that position, instead of a second marksman. G2 just signed Rasmus “Caps” Winther through 2021 and the organization has the second-best mid laner in the region playing another position. They would be the perfect team to add another jungler or support instead.

With only 10 spots available, there’s a cost to each roster spot. Signing a player who will never play for a team’s LCS squad is declining the opportunity to develop someone at another position. In this case, jungle actually happens to be one of TSM’s weaker positions, a spot where more competition could be beneficial. It’s not clear if that’s what TSM had in mind with their latest moves, but it certainly makes more sense than blindly following the past.